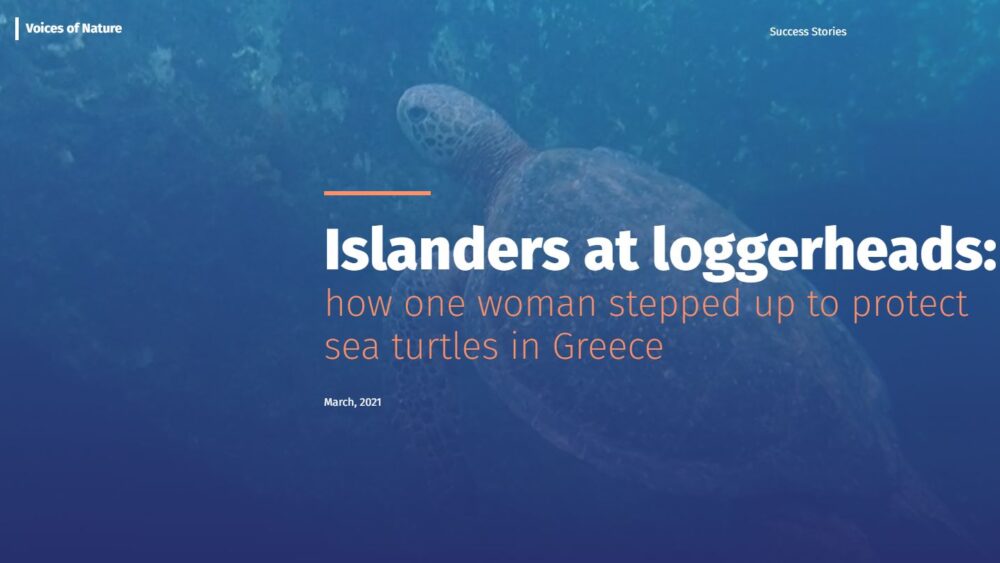 Bern Convention: “How one woman stepped up to save sea turtles in Greece”

Biodiversity conservation is at the forefront of public debate, as failure to halt the loss of biodiversity in Europe shadows European policies.

Raising awareness on inspiring stories regarding biodiversity conservation can have a greater impact on people. This is the reason behind the new campaign “Voices of Nature” launched by the BERN Convention on the Conservation of European Wildlife and Natural Habitats.

Among the success stories, features the story of Lily Venizelos, MEDASSET’s Founder and President. Her journey involves drama, passion and love for sea turtles.

Laganas Bay in Zakynthos’ island is the second largest nesting area of Caretta caretta sea turtles in the Mediterranean. Once a pristine site, Laganas Bay became a tourist resort in the ’80s. Consequently, the uncontrolled development completely altered the landscape, posing a great threat to sea turtles.

The battle for sea turtles in Zakynthos led to the establishment of MEDASSET in 1988. The same year, Lily Venizelos brought Zakynthos’ case to the Bern Convention.

Read more on her 40 yearlong efforts on Voices of Nature