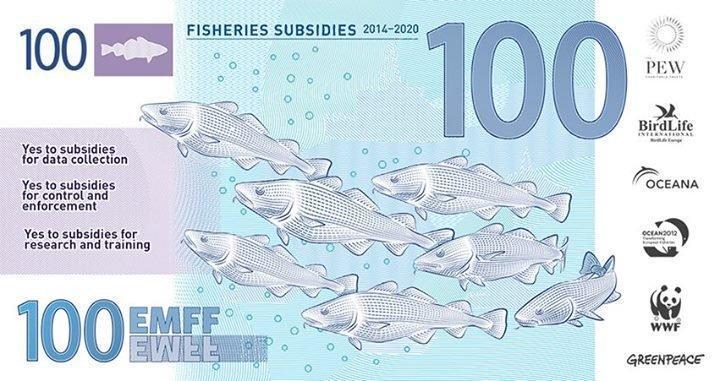 Europe ringed in the New Year with a brand new fisheries policy. After four decades, the European Union’s (EU) common fisheries policy has been reformed to place the marine environment and sustainable livelihoods in the forefront. This is especially important for the Mediterranean Sea, where 88% of studied fish stocks are overfished, and destructive fishing threatens the survival of marine species such as sea turtles but also of fishing-reliant local communities.

Since 2012 we are working side by side with the pan-European Ocean2012 group of organisations that monitor the reform of the fisheries policy and of the €1.6 billion fund that will subsidise fisheries till 2020, with EU taxpayers money. Throughout 2013, we directly lobbied Greek Ministers and Members of the European Parliament, requesting that they vote against policies that fuel overfishing and support a fund that will invest in better instead of more fishing.

The reform process has now concluded. In summary, the Ocean2012 coalition campaign:
– secured a legally binding target to end EU overfishing by 2020
– defeated proposals for compulsory transferable fishing concessions (fishing quotas)
– ensured the inclusion of mitigation measures such as creation of marine protected areas, gradual elimination of wasteful discarding practices and reduction of bycatch of endangered species
– secured that access to fish stocks and funds is based on transparent, social and environmental criteria
– stopped subsidies for construction of new bigger fishing vessels
– ensured that more funds are available to improve scientific knowledge and combat illegal fishing

With the legal basis now in force, the ball is in the court of each national government to ambitiously implement the new policy and responsibly allocate the available funding to reshape national fisheries and stop destructive fishing!