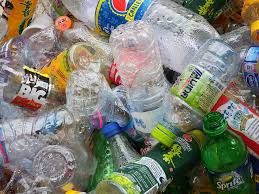 The Single-Use Plastics Directive — Directive (EU) 2019/904 of the European Parliament and of the Council of 5 June 2019 on the reduction of the impact of certain plastic products on the environment—was published in the Official Journal of the European Union (click here to view).

It will impact plastic food-contact materials and articles through, among others, a ban on certain single-use plastics, increased collection goals for plastic packaging, extended producer responsibility schemes, and design requirements for beverage containers.

Article 5 of the Directive sets restrictions in  Member States on placing in the market single-use plastic products mentioned at “Annex Part B” and products made from oxo-degradable plastic:

(1) Cotton bud sticks, except if they fall within the scope of Council Directive 90/385/EEC (1) or Council Directive93/42/EEC (2)
(2) Cutlery (forks, knives, spoons, chopsticks)
(3) Plates
(4) Straws, except if they fall within the scope of Directive 90/385/EEC or Directive 93/42/EEC
(5) Beverage stirrers
(6) Sticks to be attached to and to support balloons, except balloons for industrial or other professional uses and
applications that are not distributed to consumers, including the mechanisms of such sticks;
(7) Food containers made of expanded polystyrene, i.e. receptacles such as boxes, with or without a cover, used to
contain food which:
(a) is intended for immediate consumption, either on-the-spot or take-away,
(b) is typically consumed from the receptacle, and
(c) is ready to be consumed without any further preparation, such as cooking, boiling or heating,
including food containers used for fast food or other meal ready for immediate consumption, except beverage
containers, plates and packets and wrappers containing food;
(8) Beverage containers made of expanded polystyrene, including their caps and lids;
(9) Cups for beverages made of expanded polystyrene, including their covers and lids.