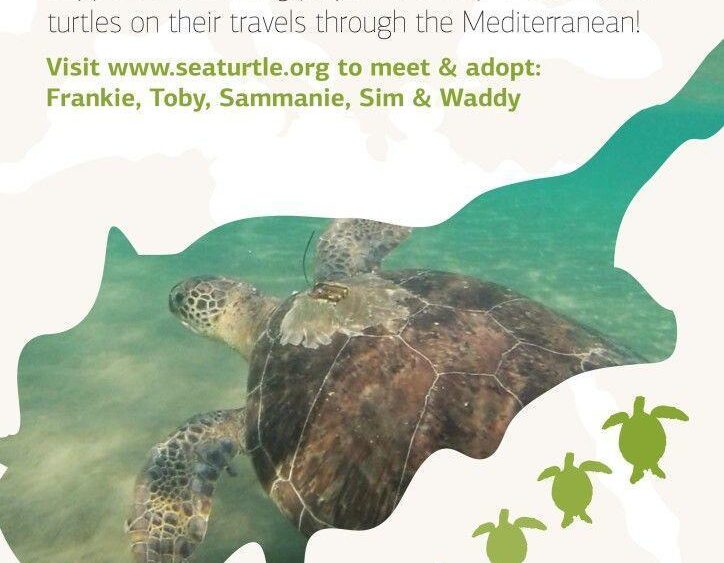 On June 30th, 2015, the Marine Turtle Research Group in conjunction with Exeter University, MEDASSET, other partners and sponsors, released five green sea turtles from Alagadi beach in north Cyprus in order to track them via satellite.
Before: why satellite track at all?
Since 1998, the Marine Turtle Conservation Project (MTCP) has tracked a total of 22 individual turtles in the Mediterranean, effectively discovering important foraging areas for these marine species in the region.
Now: what have we learned from satellite tracking?
With each turtle that is tracked, the scientists take a tissue sample from the animal to analyze and also to record the stable isotope ratios present.
What does chemistry have to do with satellite tracking?
These stable isotope ratios present in the bodies of each animal come from the organic matter that they ingest and are then stored in the cells of their body. Each particular ratio of carbon and nitrogen isotopes is indicative of a particular foraging area; because of geographically unique properties and peculiarities of each region, these foraging areas can be identified by these isotopic indicators. From all of the previous tracking projects, they have successfully labeled each foraging area with its particular isotopic proportion.
So what’s the problem now?
Recently, scientists have discovered new isotopic ratio clusters in a significant number of individual turtles that do not line up with previously collected data – this means that there are important foraging areas not yet discovered by previous projects; purely by chance, the scientists missed this particular foraging region.
The chosen ones will lead us
In 2015, the MTCP set out to track the adventures of five new female turtles nesting on Alagadi beach in northern Cyprus. Through a sophisticated scientific assignment method, experts managed to identify this particular population of nesting females as having a good possibility of venturing to this unrecognized foraging site. Of the potential batch of females from Alagadi beach, they chose Frankie, Toby, Samannie, Waddy and Sim as the five best contenders to help us learn where these foraging waters lie. Hopefully, by tracking these five females, we will learn which additional areas we need to conserve so that marine turtles can have well-protected feeding waters.
Join the girls on their journey!
Please support this very exciting project and help these marine turtles on their travels through the Mediterranean! Adopt one of these five girls (or all of them) or contribute to the project as a whole here. Keep updated on turtle adventures here. Come be a part of the team that will break new ground in understanding the lives of these marine creatures!