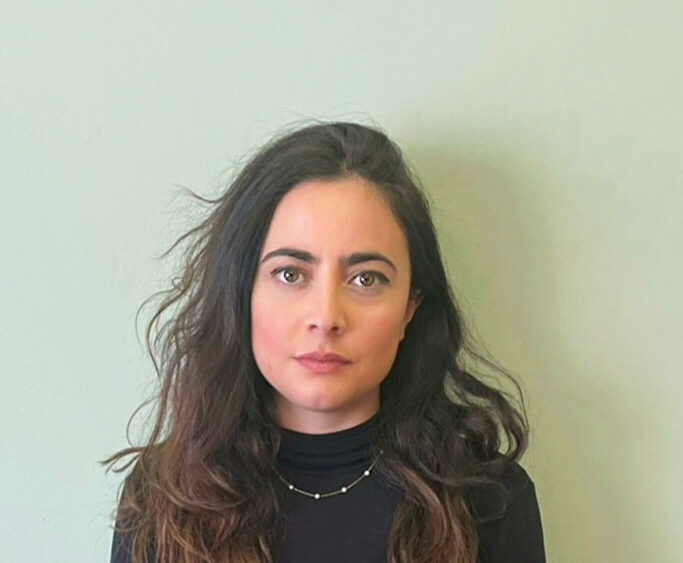 Interview with Mrs. Nadia Andreanidou on the occasion of the new virtual photo exhibition of the MedBycatch Project ‘Working Together to Reduce Bycatch in the Mediterranean

Interview with Mrs. Nadia Andreanidou on the occasion of the new Virtual Photo Exhibition of the MedBycatch Project ‘Working Together to Reduce Bycatch in the Mediterranean

Through a photographic panorama of images and moments, we aim to put the spotlight on the issue of bycatch of vulnerable species and the efforts made to reduce it in the frame of the Medbycatch project. The incidental capture of vulnerable species in fishing gear, also known as ‘bycatch’, is a key conservation issue for Mediterranean biodiversity and the sustainability of fisheries.Mrs. Nadia Andreanidou, MEDASSET’s Program and Policy Officer and MedBycatch Program Coordinator for Turkey, gave an interview Photographos Magazine about the MedBycatch project.

When did the Medbycatch project start and who are coordinating it?

The project MedBycatch – “Understanding Mediterranean multi-taxa bycatch of vulnerable species and testing mitigation – a collaborative approach” started in September 2017 and will be finalised in October 2022. 23 organisations and institutions collaborate in the framework of the project, while seven of them, namely the Mediterranean Association to Save the Sea Turtles (MEDASSET), the Regional Activity Center for Specially Protected Areas of the United Nations Environment Program based in Tunisia (SPA/RAC), the Birdlife Europe & Central Asia, which is the largest global organization for the protection of birds and their habitats, the International Union of Conservation of Nature (IUCN), the Agreement on the Conservation of Cetaceans of the Black Sea, Mediterranean Sea and Contiguous Atlantic Area (ACCOBAMS), the General Fisheries Commission for the Mediterranean the Food and Agriculture Organization of the United Nations (GFCM / FAO) and the WWF Mediterranean Marine Initiative are the coordinators of the project.

What is the problem that the project is trying to tackle and where does it take place?

It is a five-year Pan- Mediterranean project, funded by the MAVA Foundation, which promotes a collaborative approach towards reducing bycatch of 5 vulnerable species : sharks & rays, sea turtles, marine mammals, sea birds and corals & sponges, through targeted mitigation techniques (smart techniques –  for example, grid panels that allow the target fish to slip through into the net while directing larger creatures, like sea turtles and sharks, out an escape opening) ), as selected based on the scientific data collected in more than 40 ports in Turkey, Tunisia, Morocco, Italy and Croatia, where the research takes place. At the same time, through the presentation of reliable data and the collaboration with the fishing community in all the aforementioned countries, we aim to create policy recommendations, which will be adopted by national and regional instituitons (European Union, United Nations) and national goverments and will lead to effective strategies that address the problem of bycatch.

The Medbycatch project is unique because for the first time, data collection on bycatch of vulnerable species takes place in a standardized and harmonized way (following one common protocol) in five Mediterranean countries and in a multi-taxa approach. Moroever the collaborative aspect lies at the heart of the project and several stakeholders (the fishing community, marine scientists, NGOs, regional institutions and national authorities) cooperate in the frame of the project.

Tell us more about the bycatch problem

Bycatch refers to the non-targeted species incidentally caught during a fishing operation. About 40% of the worldwide catches are bycaught species and the majority are discarded back at sea or on land, dead or injured. When these species are vulnerable, as those we study in the MedBycatch project, then the problem is a real threat. Nowadays, bycatch is the most serious threat to endangered marine mammals in the Mediterranean. This means that the populations of vulnerable species can be further reduced, putting in danger the balance of marine ecosystems.

From your experience so far, how fishers respond to your initiative?

Bycatch is a problem not only for the biodiversity but also for the fishers because it reduces the quality of their catch and destroys their nets. Hence, one of the most important achievements of the project, something that you will see reflected in the photos of our exhibition, is the relationship of trust and even friendships that our observers  have built with the fishers. The successful data collection programmes, reflect exactly this relationship! And we are very happy that we have managed in the process of collecting data to also raise awareness of why bycatch is a serious problem  and finally how to solve it. We have managed to train the fishers on the what we call – mitigation techniques. This is an on-going process for many years now, and continues day by day, unti this day. In the beginning, it was difficult, but now we have a very good cooperation, it is a process that we help each other (observers help fishers and fishers help observers), they understand that they also benefit, and finally, that we altogether help to protect vulnerable species and the marine environment.

Does the MedBycatch project  raise awareness for the general public?

Of course, through targeted policy and communication activities, all stakeholders and the general public are informed about the problem of bycatch of vulnerable species and  the efforts we make to tackle it. It is actually one of the main pillars of all of our projects. To convey scientific data in an easy to understand way. We have thus created, in the frame of this project, a series of actions, where art acts as the tool to raise the awareness of the public internationally. For example, through this photo exhibition, people will have the opportunity to see photos that capture real moments from our research across the Mediterranean, as well as to navigate across various aspects and activities of our project. Our short fiction film, our in depth reportage on the bycatch issue in Tunisia and many many more help us to engage the people with the issue while evoking the feeling of them being part of the solution as well.

More information on the bycatch problem and the MedBycatch program HERE