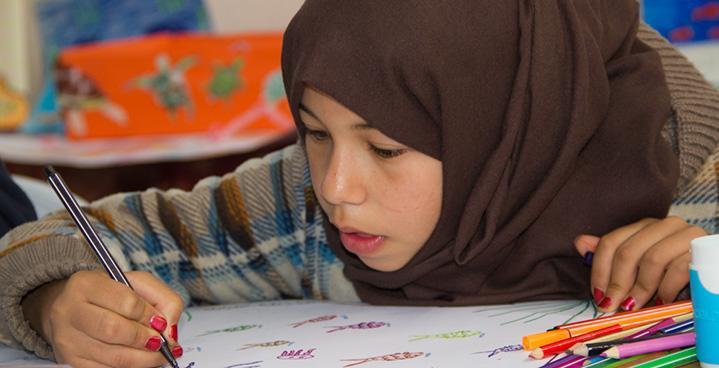 Kids in Libya learn, perform and create all about sea turtles

The Libyan Seaturtle Program LibSTP (an initiative coordinated through the Environment General Authority (EGA) of Libya since 2005), recently established an activity aiming to educate school children and teachers about the endangered species of the Mediterranean Sea.

To this end, a two day environmental education workshop was organized in the city of Sirte, between 27 and 28 of January 2015. Activities of the workshop drew their inspiration from the Arabic version of MEDASSET’s educational kit: “The Mediterranean Sea, a Source of Life”.

Nearly 70 school children and educators from 8 elementary schools put together a theatrical performance to express the need for the protection of the Mediterranean Sea, with an emphasis on marine litter and the efforts to study and protect sea turtles nesting in the country’s pristine coastline. Childrens’ drawings portrayed the rich biodiversity of the Mediterranean… a variety of recyclables combined with loads of imagination, together created beautiful artefacts inspired by our seas. At the end of the event Certificates of Appreciation were awarded to the individual participants who submitted their works, and a Shield of Excellence was presented to the schools for their selected works. A collection of over 100 pieces of the childrens’ artwork were shown at the 35th International Sea Turtle Symposium in Dalaman, Turkey between 18 and 24 April, 2015. The exhibition received outstanding support and admiration during the Symposium. The programme founders donated some items to the Symposium to raise funds for the next ISTS to be held in Peru. The sea turtle community showed its support to the programme in Libya by auctioning two of the childrens’ paintings to fund more educational activities in the near future.* 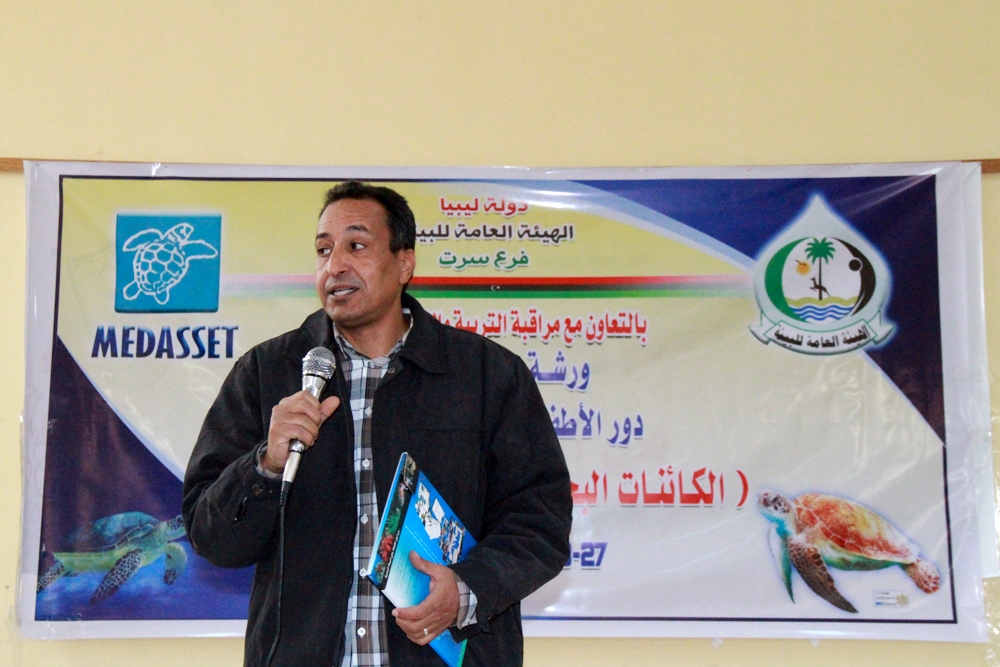 *MEDASSET and The Libyan Seaturtle Program (LibSTP) would like to thank Ms. Johana Hancock for her brilliant efforts, and everyone who donated to the programme during the 35th ISTS.
In 2002, an original environmental education kit “The Mediterranean Sea, a Source of Life,” was designed and printed by MEDASSET in collaboration with the Hellenic Childrens’ Museum and Kaleidoscope Publications. Intended for dissemination to schools and youth groups, both Greek and English editions were produced with funding from the Niarchos Foundation. The kit aims to engage 6-12 year old children from all over the Mediterranean region in creative activities, instilling knowledge, environmental values, and a sense of regional identity and responsibility. It has proved a useful tool for teachers and educational group leaders. In 2005, following the success of the Greek and English editions, and with funding from UNEP/MAP in Greece, RAC/SPA (UNEP/MAP) in Tunisia, the Niarchos Foundation and the Prince of Wales Foundation (UK), the kit was adapted, translated and reproduced in Arabic and was disseminated to schools bordering the Mediterranean. Since 2012, the Arabic version of the kit has been available online as a free download at www.medasset.org.

A message from Libyan kids