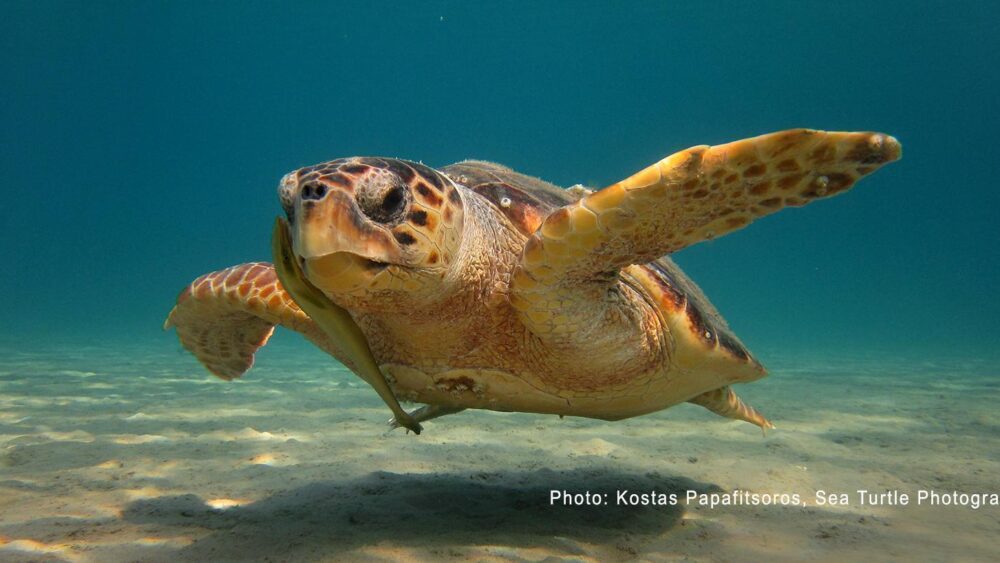 2014 marked the IUCN Red List of Threatened Species 50th anniversary! The Red list is an invaluable conservation resource, a health check for our planet – a Barometer of Life. All 7 species of sea turtles have been assessed and added to the Red List.
To celebrate the anniversary, the special photo exhibition “Let’s save amazing species” was organised by the IUCN office for South Eastern Europe (SEE). It was launched at Serbia’s Festival of Science in Belgrade in December 2014 and will be travelling through the country. The exhibition features a photo of a loggerhead turtle by Kostas Papafitsoros, that was submitted by MEDASSET to inform visitors about the loggerhead’s amazing life cycle, its Red List classification as endangered and the threats it faces due to human activities. A big thanks to IUCN SEE for helping us spread the word about sea turtles in Serbia!
The Red List has assessed 76,000 species, of which 22,000 are threatened with extinction, and the IUCN aims to assess a total of 160,000 species by 2020! As the 50-year celebrations come to a close, we wholeheartedly wish that the Red List continues its great work to catalyse conservation and policy change to halt biodiversity loss.

The loggerhead photo by Kostas Papafitsoros (Sea Turtle Photography) was part of MEDASSET’s amateur photography exhibition at the Athens International Airport in 2012.