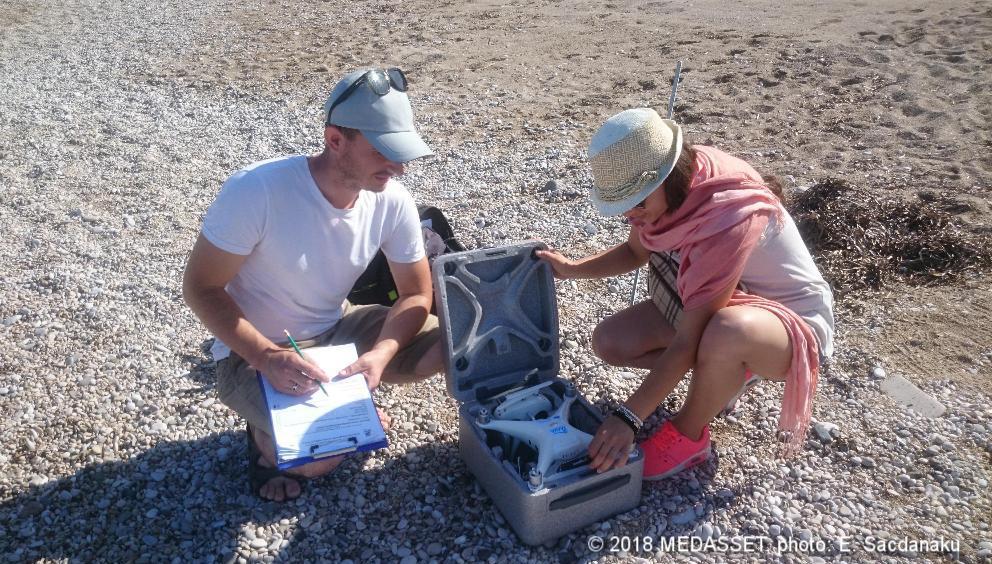 Each summer sea turtles lay their eggs on sandy beaches in the east and south regions of the Mediterranean basin (mainly Greece, Turkey, Cyprus, etc). In the past years, a small number of sea turtle nests have been reported in Italy, Spain and other locations where nesting has not usually occurred in the past. This so-called “sporadic” nesting is of high scientific and conservation interest as it may indicate a possible shift in the nesting range of sea turtles towards the west and northern areas of the Mediterranean. Sea turtles are a highly migratory species and they may be responding to climatic changes by using new habitats to nest, feed and overwinter. 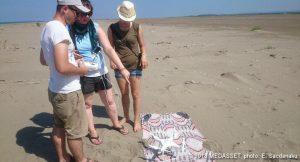 A research team led by Dr. Enerit Sacdanaku is exploring all the sandy beaches of Albania in order to assess which beaches are suitable for sea turtle nesting. In the first few days of the field work, Dr. Sacdanaku and his team, in collaboration with the staff from Regional Agency of Protected Area of Divjaka – Karavasta National Park, visited the Divjaka beach, where a sea turtle nest had been officially documented a few weeks earlier, found from a local fishermen, Sokol Gjermeni and confirmed by Dr. Vilma Piroli. This is the second officially documented nest according to Prof. Dr. Idriz Haxhiu.

“To collect necessary data, we are using traditional methods but also a research drone with specialised software which will not only create maps of the beaches, but also analyse elevation levels, a key factor in determining the suitability of a beach to support viable nesting”, explains Dr. Sacdanaku. Additionally, while surveying the research team will be monitoring for signs of sea turtle nesting activity and implementing an information hotline for the public (tourists, locals, fishermen, etc.), the authorities responsible for the conservation and management of beaches (Protected Area Administration, municipalities, etc.) as well as experts in the field, to report if any suspected nesting activity is seen. Important sea turtle populations are known to use Albania’s coastal waters to feed and overwinter, but until the recent findings, there were only a few anecdotal reports of sea turtle nesting. 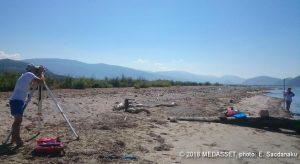 “In summers 2018 and 2019, in collaboration with the Regional Agencies for Protected Areas, we will study the entire Albanian coast” says Dr. Sacdanaku. The new research project, the first of its kind in Albania, will help produce important data and will offer useful recommendations on actions and measures to help preserve the country’s beaches for the benefit of both sea turtles and visitors. The project is being implemented by MEDASSET and is part of a larger Mediterranean project that is funded by the MAVA Foundation.

This press release was corrected after publication.