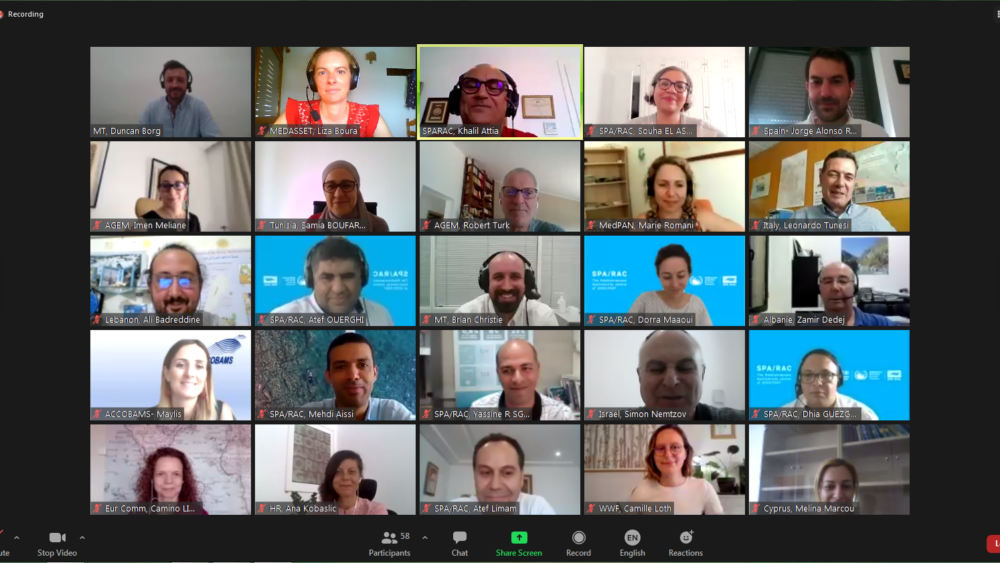 MEDASSET, as a Partner of the Mediterranean Action Plan of the UN’s Environment Programme (UNEP/MAP) and of the Action Plan for the Conservation of Mediterranean Marine Turtles, attended the Meeting of the “SPA/BD Focal Points” that was held online on 23-25 June 2021.

Through our participation, we urged countries to step up protection of marine turtles and improve the management of protected areas, both of which are still gravely lacking, as demonstrated by the report presented on the status of implementation of the SPA/BD Protocol. Through our interventions, we drew attention to the conservation problems in protected sea turtle sites in Greece, Turkey and Cyprus.

Every two years Mediterranean governments come together to discuss and decide about actions needed to protect the Mediterranean’s coastal and marine biodiversity. The “SPA/BD Focal Point” meeting discusses the progress reported by countries on the implementation of the SPA/BD Protocol, which was adopted in 1995 under the UNEP Barcelona Convention and is the Mediterranean’s main tool for the conservation and sustainable use of biological diversity in the Mediterranean.

The “Mediterranean Protocol for monitoring sea turtle strandings”, produced by MEDASSET under the  project “Conservation of Marine Turtles in the Mediterranean Region” which is funded by the MAVA Foundation, was officially submitted and we invited all Parties to distribute it nationally for use by their National Stranding Network. We informed that next steps include the development of a common database on sea turtle strandings in collaboration with RAC/SPA and INFO/RAC.

In relation to the new directory of Specially Protected Areas, we emphasised the great importance of the requirement for “binding management measures and a management plan” for protected areas to be listed in the new directory. Several SPAs that were initially declared in 1989 under the Barcelona Convention, have yet to be afforded with a management plan after so many years or even decades. The effective management of MPAs is a high priority in all post-2020 strategies and this needs to be reflected in the directory’s criteria. Too many important areas are protected by law but are being damaged due to lack of management.

In relation to bycatch mitigation, we reiterated that very little is being achieved and that countries need to prioritise efforts to tackle this most critical threat that decimates marine turtle populations each year.  Three outputs of the MedBycatch project, also funded by the MAVA Foundation, were also submitted and governments were asked to take note and make use of them: a) Guide of vulnerable species incidentally caught in Mediterranean fisheries b) Pocket identification guide of main vulnerable species incidentally caught, and c) Methodology for data collection for incidental catch of vulnerable species.

The two guides were  elaborated after a long term consultation phase by multiple experts across the Mediterranean, while the protocol forms the first of its kind that aims to provide a framework for the development and implementation of standardized monitoring and data collection for all vulnerable species encountered in the Mediterranean and the Black Sea, namely elasmobranchs, marine mammals, seabirds, sea turtles, and macrobenthic invertebrates.

Congratulations are due to the SPA/RAC, the Mediterranean Biodiversity Centre of UNEP/MAP, for the wide range of projects and activities implemented, that need to be sustained in the next biennium. We provided several comments in relation to the Strategic Action Programme for the implementation of the SPA/BD Protocol over the next ten years, asking countries to commit to ambitious targets. Thanks to the MAVA and EU funded projects underway, we expect an improved status of implementation of the Protocol in the next biennium; however, Mediterranean governments need to ensure these efforts are nationally maintained.