For the 28th year in succession, MEDASSET participated in the 36th Standing Committee Meeting of the Bern Convention at the Council of Europe (Strasbourg, France, 15-18 November 2016). We presented the results of our sea turtle nesting beach surveys, raised our concerns and submitted recommendations. As a result, the Convention adopted important decisions to monitor several sea turtle habitats and urge countries to step up protection. 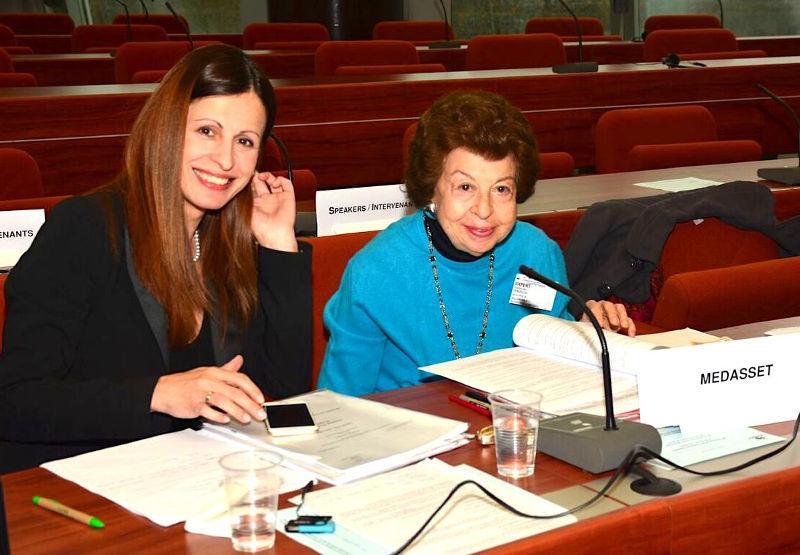 Our campaigns to improve the protection of loggerhead* nesting beaches in Patara (launched in 1988) and to halt severe degradation in Fethiye (launched in 2009), both listed as protected areas under the Barcelona Convention, continued in 2016. We assessed the sites in July and found that, sadly, the majority of the actions recommended by the Bern Convention in December 2015 has not so far been implemented by the Turkish authorities.

In Fethiye, there was no improvement in the protection and management of the site, except from a few new signs and some litter collection efforts. Once more, we documented severe light pollution, beach furniture and fixed structures inside the nesting zone, lack of sunbed collection at night and uncontrolled vehicle access on 6.5 of the 8 km nesting beaches. In addition, damage to and reduction of the available nesting habitat continues due to poorly managed coastal development.

In Patara, we recorded several conservation problems, such as a complete lack of guarding, nearshore fishing, uncontrolled vehicle access, sunbeds obstructing nesting at night, lack of zoning and information signs along the largest part of the 12 km beach. Behind the beach and within Patara’s unique archaeological area, the holiday home construction project continues: in addition to the 27 houses inhabited in 2015, we recorded a total of 255 buildings at different stages of construction. Through our campaign we are urging authorities to adequately protect the habitat before human disturbances increase many fold due to the expected higher number of residents and visitors.

The Bern Convention decided to continue monitoring progress by keeping the “case-file” open and urged Turkey to step up efforts and ensure recommended measures are fully implemented in 2017.

* sporadic C.mydas nesting has been recorded in both sites, marking the species’ westernmost Mediterranean nesting range. 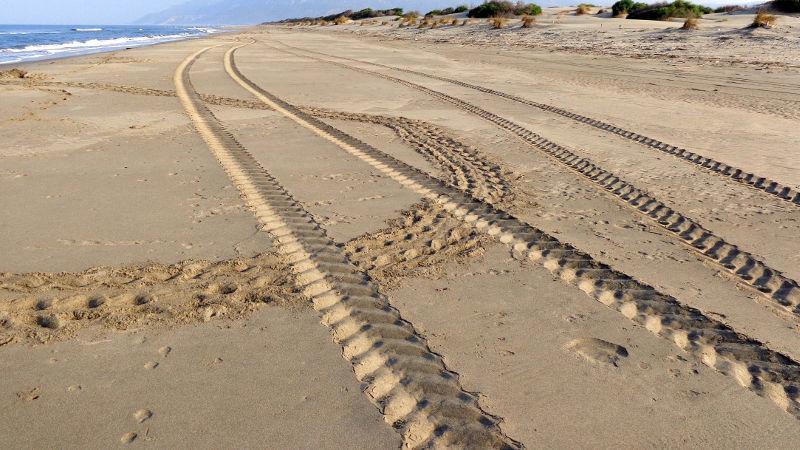 Patara, Turkey: Vehicle tracks intersect with turtle tracks: vehicle access is one of many management problems on the 12 km nesting beach.

Find out more about this campaign here or download our 2016 report.

Nesting beaches in Southern Kyparissia Bay now host the highest number of loggerhead nests in the Mediterranean. Although the site has been a European NATURA 2000 protected area since 2002, the Greek government has failed to introduce and enforce the necessary conservation and management measures. As a result, the Bern Convention issued a 12-measure Recommendation in 2014, which includes a permanent construction ban in the core nesting area. The European Commission referred Greece to the European Court of Justice in March 2014 and in November 2016 the Court issued a decision condemning Greece for failure to protect sea turtles in Kyparissia Bay. The Greek Government has yet to take protective measures, and MEDASSET, together with other environmental NGOs, is demanding that authorities urgently issue a Presidential Decree that will ensure appropriate protected status. At the 2016 Bern Convention Standing Committee meeting, MEDASSET in collaboration with Greek NGO ARCHELON, presented the continued degradation of the site and its inadequate management during the Summer of 2016. Threats included sand dune destruction, illegal constructions on the beach, nearshore fishing, vehicle access on the nesting beach, poor beach furniture management, light pollution and acts of vandalism.

The Bern Convention took note of our concerns over the lack of progress during 2016 and decided to keep the case-file open, while calling on the Greek Government to urgently implement Recommendation No. 174 (2014) and to take due note of the decision of the European Court of Justice when deciding on the future of the area. 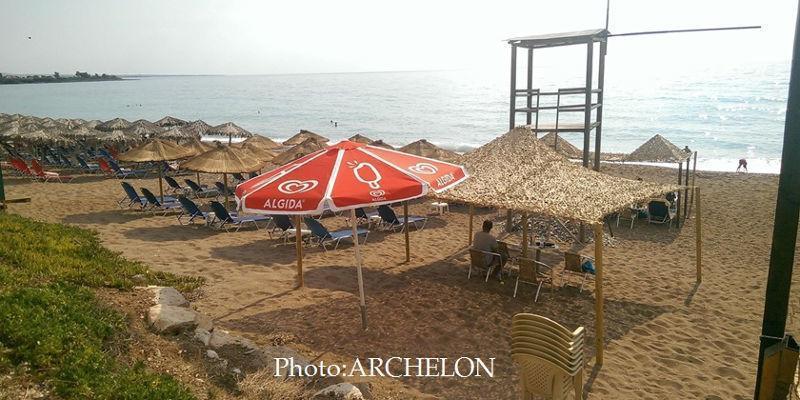 Kyparissia, Greece: Top Mediterranean C.caretta nesting beach in danger of destruction, if protective law is not urgently adopted and implemented.

Conservation problems at nesting sites in Akamas and adjoining Limni were brought to the attention of the Bern Convention in 1996 by MEDASSET on behalf of NGO Terra Cypria and a case file has remained open since 1997. Terra Cypria clearly illustrated that implementation of the Bern Convention’s Recommendation No. 63 (1997) is still outstanding, management plans have not been implemented and no effective protection measures are yet in place. In Limni, in August 2016, authorities approved the construction of a huge golf course and 792 villa complex directly behind the nesting beach, which will irreversibly destroy the habitat. Mitigation measures proposed are inappropriate and although authorities initially required a 475m protective buffer zone, this was finally scrapped altogether, allowing all houses to be build up to a distance 150m, in disregard of expert opinion. The European Commission launched an infringement procedure in 2014 and issued a “reasoned opinion” in 2015 taking the view that a proper impact assessment has not been applied.

In October 2016, the Bern Convention carried out an on-the-spot appraisal to examine the current status of the sites. The expert’s findings reiterated the importance and pristine status of the sites and emphasized that: conservation and precaution should be preferred over development and mitigation; the golf project needs to be reconsidered due to high risk of negative impact and, if it is to go ahead, then at least a 475m buffer zone from the shore is essential.

The Bern Convention, alarmed by the findings of the on-the-spot assessment which confirmed NGO reports, decided to keep the case file open and adopted a new Recommendation (No. 191 / 2016). Cyprus is required to urgently implement an extensive list of 14 measures, including: declare Akamas peninsula (incl. Limni) as a national park, establish a management entity and implement protection measures, maintain strict protection of Lara and Toxeftra beaches and shut down illegal restaurants, establish a zero-lighting and no-building zone of at least 200m between Limni’s protected area and the planned golf resort, and revise the local development plan around Limni to ensure it will not affect nesting.

Limni, Cyprus: Most important C. caretta nesting beach in Cyprus will be heavily impacted, if huge golf resort is permitted too close to the shore. Photo: L. Sergides