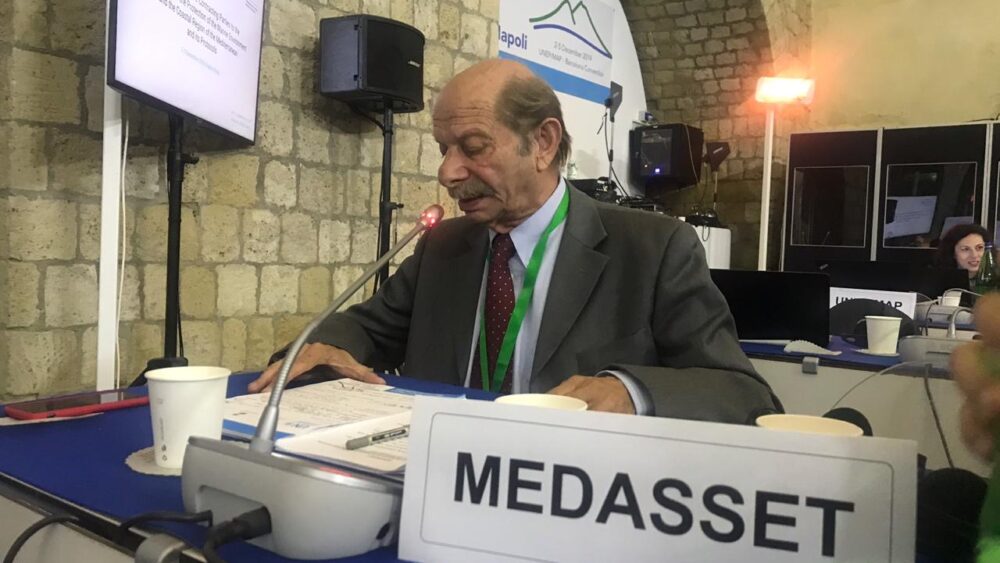 MEDASSET participated at the COP21 Meeting in Naples!

The 21st Conference of the Contracting Parties to the Convention for the Protection of the Marine Environment and the Coastal Region of the Mediterranean (Barcelona Convention) and its Protocols took place on 02-05 December 2019 in Naples.

Representing only 1% of the world’s ocean surface, the Mediterranean hosts up to 18% of the world’s known marine species and features one of the highest concentrations of marine litter mostly composed of plastics: more than 100,000 microplastic items/km2, and up to 64 million particles/km2 of floating litter. Arrivals of tourists sextupled in the Mediterranean region since 1970, reaching 337 million in 20171.

The findings of a flagship UNEP/MAP Report on the State of the Environment and Development (SoED) to be released in 2020 identifies key sectors in the region as drivers of environmental degradation.

Also, MEDASSET expressed its deep concern for the identification of an area of 60,000 km2 of the Mediterranean (from the Peloponnese to Crete) for oil and gas exploration and exploitation. Such an area includes a very large number of well known nesting beaches of Caretta caretta and, as a result, such activities could represent a very serious threat for the long-term survival of the sea turtle in the Mediterranean. MEDASSET has recalled that such activities should be performed far away from specially protected areas and that, as a result, a decision should be made to reconsider the launching of the activity in that area.