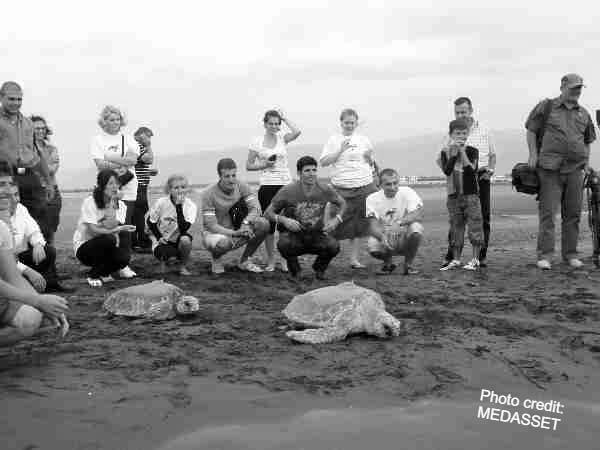 We are pleased to announce the publication of a  new paper “Delineating foraging grounds of a loggerhead turtle population through satellite tracking of juveniles” by  Snape R., Schofield G., and White M,. This paper was published on February 2020 in Aquatic Conservation: Marine and Freshwater Ecosystems journal. To download the full article please click here.

This paper stems from the 3-year collaborative project that we implemented in 2008-2010 to monitor sea turtles in the Patok area of Albania. It follows several previous papers and reports presenting project results. The paper presents the results of the first satellite tracking program of sea turtles inhabiting Albania waters. Three juvenile loggerhead turtles (Caretta caretta) from within Drini Bay were tracked from 2009 – 2011 to provide important information of the different overwintering strategies and habitat use, from within the Bay and the Adriatic Sea.