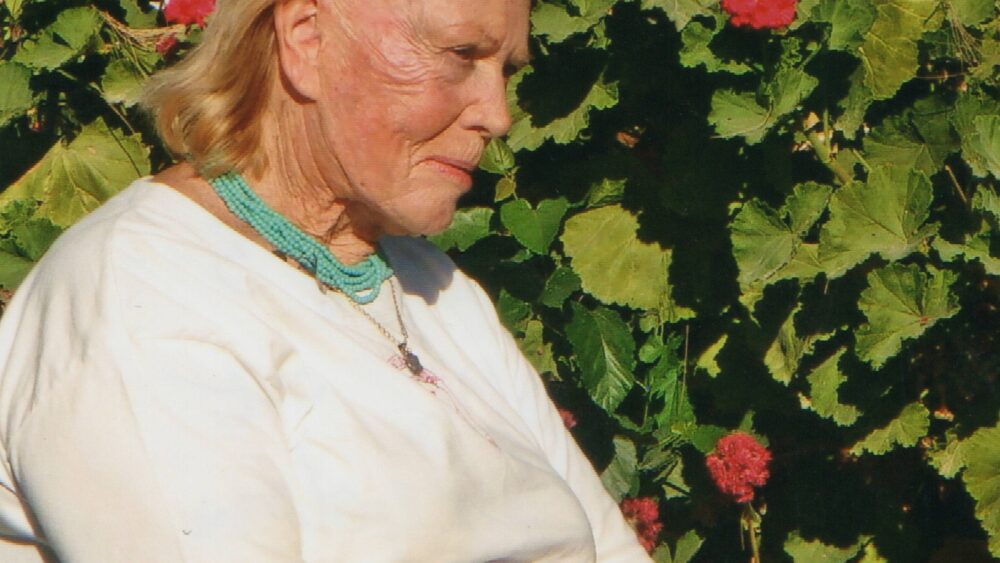 June Haimoff… an inspiration to us all!

If you are lucky, you may someday meet someone like June. I was. Imagine… someone who “cruised” through life at her own pace, in her own manner and style; a cosmopolitan who took as much pleasure in luxury as she did in living on a Greek fishing caique or in a village house surrounded by dozens of cats and dogs, someone who sang in a golden voice and danced popular Greek or Turkish dances as well as any local.

I first got in touch with June in Turkey in 1986 through Keith Corbett, the herpetologist, a friend. A month later June arrived in Athens to attend a press conference I organized with the help of the “Hellenic Society for the Protection of Nature”. We announced to the press our intention to start campaigning for the protection of the nesting beaches and the conservation of sea turtles in Dalyan, Turkey and Zakynthos, Greece.

In 1988 mainly due to our campaign, the foundations to build a major tourist development right on Iztuzu’s nesting beach, in Dalyan, were removed and the building of the planned hotel there was permanently postponed. June never, up to a few months ago, ceased to be involved in turtle conservation.

June will remain forever and inspiration to us all…

MEDASSET – Mediterranean Association to Save the Sea Turtles