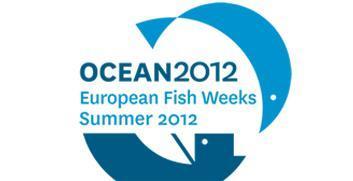 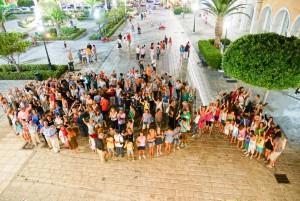 The “human fish” in Zakynthos

In May 2012, MEDASSET joined forces with OCEAN2012, a coalition of over 170 European NGOs, whose mission is to ensure that the reform of the European Union Common Fisheries Policy (CFP) stops overfishing, ends destructive fishing practices, and delivers fair and equitable use of fish stocks for local communities that depend on them for their livelihoods. While the CFP reform does not explicitly refer to affected non-fish species, like sea turtles, its provisions to reduce discards and bycatch will have indirect benefits for sea turtles. Bycatch kills an estimated 44,000 turtles every year in the Mediterranean; European fisheries policy therefore can play a critical role in sea turtle welfare in the Mediterranean. Discover what’s at stake by watching this short video .

European Fish Weeks – End overfishing or fishing will be over!

On June 8, World Oceans Day, MEDASSET met in Brussels with OCEAN2012 members for the official launch of the European Fish Weeks, forming a human fish shape in front of the European Parliament. This fish shape was a symbolic gesture, as a way for citizens across Europe to call on their representatives to take bold decisions that will put an end to overfishing.

MEDASSET was an active participant in OCEAN2012, organising three awareness-raising events in summer 2012 in Athens and in Lefkas and Zakynthos islands. Our travelling photo exhibition showcased the intricate relationship between “Sea & Man,” while public screenings of the award-winning documentary “The End of the Line” and talks by invited speakers aimed to expose the devastating effects of current fisheries policies and practices. Each event ended with attendees sitting in the symbolic fish shape formation. A photo-book of all human fish shapes was presented by OCEAN2012 to Members of the European Parliament, to demonstrate the public’s support for a groundbreaking policy reform! Event photos are available here .

We continued our campaign by co-signing numerous letters prior to crucial votes on the CFP reform that were addressed to the Greek and Cypriot fisheries ministers and Members of the European Parliament’s Fisheries Committee , asking for the right decisions to be taken to help repopulate our seas. 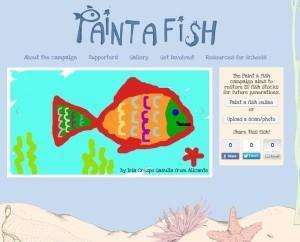 Students participating in MEDASSET’s environmental education programmes in Greece have had their say, by painting fish (and of course turtles) and uploading them to the Internet. Apart from aiming to educate younger generations about sustainable fisheries, this campaign will use this colourful virtual sea of marine species to call on EU leaders to help restore European fish stocks for future generations!

The campaign peaked as all Members of the European Parliament voted for the reform on Feb. 6 2013. By an overwhelming majority , amendments were passed to ban discards, restore fish stocks by 2020, and apply strict fishing capacity assessments. Subsidies are made conditional on compliance with rules, and fishermen using more environmentally and socially sustainable methods are given priority access to fish stocks.

This is great news for fish and small-scale fishermen, but also for sea turtles and marine biodiversity in general. It is something of a victory for civil society, too. Parliamentarians were bombarded by citizens from around Europe throughout 2012 with letters, photos of the human fish shapes, social media campaigns, petitions, paintings, and celebrity campaigns. The next step is making sure that the European Council does not water down the reform as it stands following the European Parliament’s vote. Stay tuned!