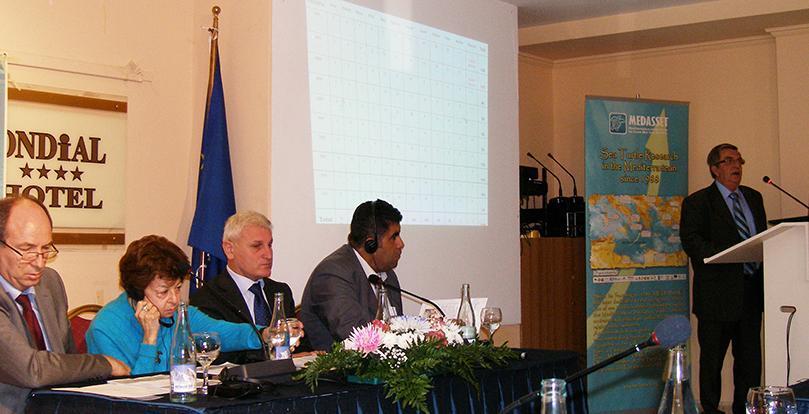 Monitoring and studying sea turtle populations, unveiling migratory patterns, and identifying feeding areas and the threats they face, are fundamental for designing sound conservation strategies and policies. The long-term aim of our work in Albania is for Drini Bay to be recognised as a nationally and regionally important foraging and developmental habitat for sea turtles in the Mediterranean and that these endangered species are fully protected under Albanian national law.

Based on the scientific results of our research projects in Albania, we prepared a document with Management Recommendations for Drini Bay, as well as an Action Plan for the Conservation of Sea Turtles and their Habitats in Albania, which serves as a roadmap for the development of sea turtle monitoring and protection throughout Albania.

The Action Plan for the Conservation of Sea Turtles and their Habitats in Albania was adopted in 2012, through a Ministerial Order (No. 596, 22.11.2012) of the Minister of Environment, Forests & Water Administration, Mr. Fatmir Mediu. The activity was implemented in collaboration with the MoEFWA, with the financial support by the MAVA Foundation and under the auspice of the Barcelona Convention and the Regional Activity Centre for Specially Protected Areas of UNEP/MAP. Local stakeholders and experts where consulted for feedback on the documents during July-December 2011. In October 2011, we organized a workshop in Tirana to discuss the proposed documents. Representatives of the Ministry of Environment, Forests and Water Administration (MoEFWA) and the Regional Activity Centre for Specially Protected Areas of UNEP/MAP, Albanian university professors and researchers, fishermen, and local NGOs attended the meeting and provided their feedback on the document, highlighting the importance of the implementation of the Action Plan.