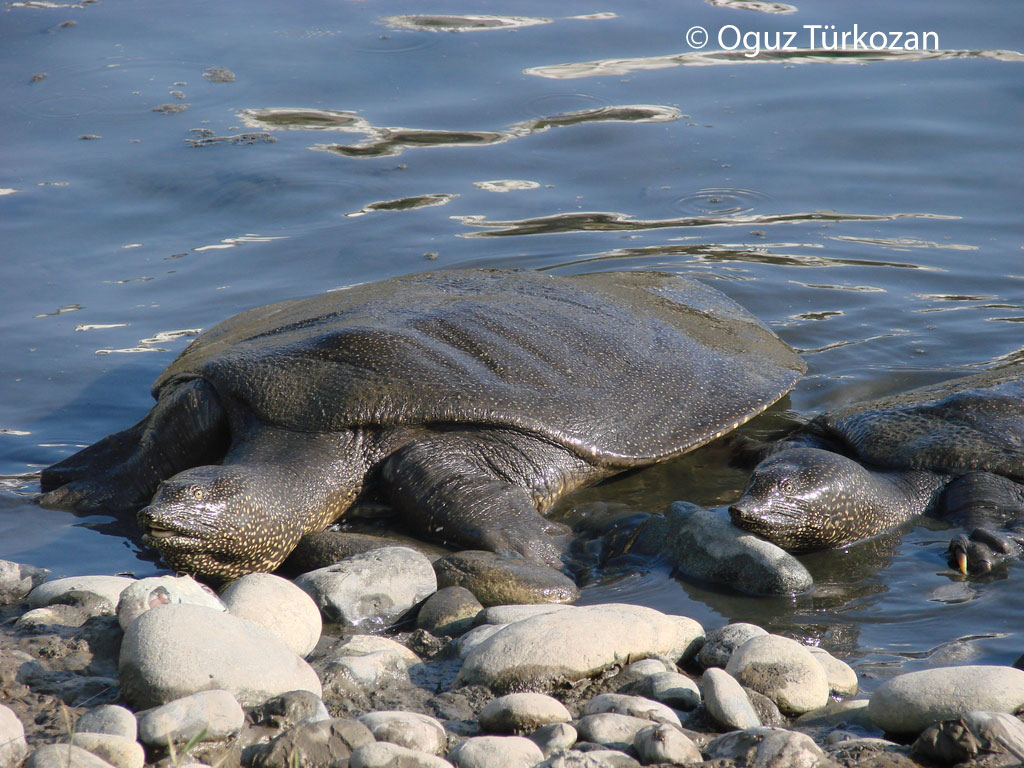 The African or Nile soft-shell turtle, Trionyx triunguis, is a large, but rather unknown species. It has a flat, leathery carapace a long and mobile neck and a tubular and elongated snout, adapted to reach the water surface for breathing while the body remains submerged. Its ability to tolerate salt water enabled the initially African species to colonise the southeastern Mediterranean. The T. triunguis dwells mostly in the lower course of rivers, ponds and brackish wetlands, but there are also many records of the species in the open sea, and in some locations in Turkey it shares habitats with nesting sea turtles.

Since 1998, MEDASSET has initiated annual field survey assessments of the T. triunguis population status along the Mediterranean coast of Turkey, and has produced recommendations for its conservation and management. Israel also hosts a significant population. Isolated sightings have been reported in Greece, Lebanon and Syria. In the lower Nile river area, a survey interviewing fishermen that MEDASSET conducted in 2002 suggested the species had not been recorded for over 20 years. Habitat destruction, fisheries interactions, pollution and human disturbance are the main threats identified. In an effort to conserve T. triunguis, it has been included in Appendix II of the Convention on the Conservation of European Wildlife and Natural Habitats (Bern Convention), and in Appendix III of The Convention on International Trade in Endangered Species of Wild Fauna and Flora (CITES). The Mediterranean population used to be listed as “Critically Endangered” in the IUCN’s Red List (1996 and 2000) but has not been assessed by the current Red List.

Status of the Nile Soft-shelled Turtle, Trionyx triunguis, in Turkey. An assessment in the Cukurova Delta with Recommendations for Conservation Management.