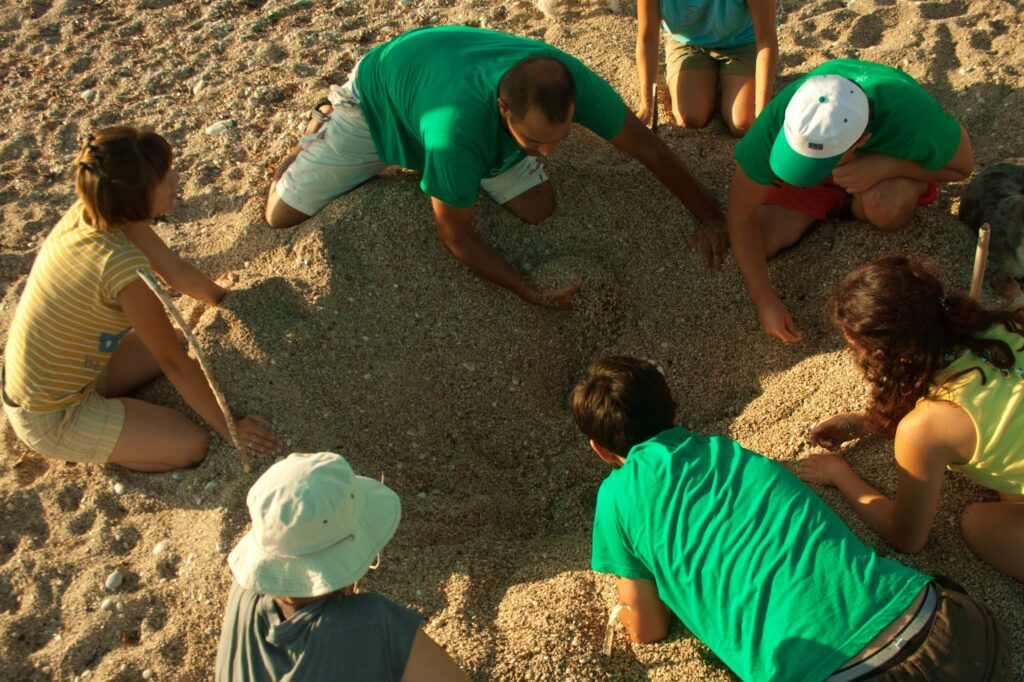 A team of MEDASSET volunteers visited the island of Lefkada from the 6th until the 19th of July 2012 performing monitoring surveys to assess the status of sea turtle nesting in all potential nesting sites. Volunteers coming from various scientific backgrounds and countries such as Greece, Albania, and Serbia received training on sea turtle protection and monitoring and were lead by conservationist and sea turtle researcher Nikos Vallianos. The project was financially supported by the British Chelonia Group.

Sea turtle nests in Lefkada were first reported by the Sea Turtle Protection Society of Greece, ARCHELON, in 1990 and the nesting activity was estimated to be around 50 nests per season (Margaritoulis, 1990). No surveys have been carried out since, but nests are occasionally reported by the Lefkada Animal Welfare Society and local residents. Also, the increased number of dead stranded turtles reported around Lefkada prompted us to visit the area and investigate whether this was reflected in the nesting activity in the area. These nests are commonly found after they have been dug up and predated by dogs or after hatchlings have been found crawling on the beach during the day or into nearby restaurants and bars during the night.

The results of the survey were significant, though less than encouraging for Lefkada’s sea turtles. Three Caretta caretta nests were found and confirmed during the two weeks of beach surveys. Using simple linear extrapolation and knowledge of nesting seasonality in the region, we can estimate that there was a total of fewer than 15 nests on Lefkada this season. It should be noted that this is a simplified extrapolation, but the two weeks of daily surveys during the peak nesting season suggest it is not far from truth. A detailed report on the findings of the survey is available here.