Zakynthos: The most important nesting area in the Mediterranean

The most important nesting area for the Loggerheads in the Mediterranean

The island of Zakynthos (which lies opposite of the northwest coast of the Peloponnese in the Ionian Sea) is a very crucial area for the Loggerhead (Caretta caretta) sea turtle. Specifically, Laganas Bay which lies on the southern part of the island, hosts some of the most important nesting beaches for the Loggerheads in the Mediterranean. Over 4.000 sea turtles have been tagged in Zakynthos since 1982.

Since the 80’s, Zakynthos has become one of the most popular tourist destinations in Greece. Beaches surrounding the west part of the Bay are now unsuitable for sea turtle nesting due to tourism development. Development, both legal and illegal, on the nesting beaches represents a serious threat for the Loggerheads in Laganas Bay. Out of the Bay’s 5.5 miles, sea turtles today only nest on 2, namely on Eastern Laganas, Kalamaki, Sekania, Daphne and Gerakas. The sixth nesting beach is located in Marathonisi, southwest of Laganas Bay and inside the National Sea Park of Zakynthos.

Since 1983, Environmental NGOs along with hundreds of volunteers have been actively engaged in data gathering, conservation and active protection of the species. With an intensive campaign during the 80’s, MEDASSET managed to attract attention internationally on the problematic situation in Laganas Bay.

Our activities in the area

MEDASSET has been lobbying since the 1980s for the enforcement of protective legislation in the Laganas Bay, while constantly exposing violations in the area. MEDASSET continues to assess the implementation of protective measures on the nesting beaches annually, while at the same time informing the public and local institutions with frequent press releases and annual reports to the European Commission and the Standing Committee of the Convention on the Conservation of European Wildlife and natural Habitats (Bern Convention).

Despite MEDASSET’s and the rest of the NGO’s successful efforts that led to the foundation and operation of the country’s first National Marine Park with a Managing Agency (MA), management issues regarding the land and the marine region of the Park remain.

The deficient and inadequate supervision of the Park’s marine area by the coastguard’s sole vessel has many consequences such as private and business boats becoming a constant nuisance to the sea turtles, illegal recreational fishery as well as illegal entry and anchoring inside Maritime Zone A and Maritime Zone B especially during the night.

Moreover, the available space for nesting in the Park has been significantly reduced in the past few years while the noise and the lights from the nightclubs disturb the nesting of the sea turtles.

Park’s visitors are inadequately informed about the safety measures due to inefficient signage in key points both on land and in the sea area and on many occasions there have been incidents of nesting disturbance during nighttime.
The country’s economic condition in the past few years and the lack of political support to the Management Agencies resulted in inefficient financing of the MA which in turn resulted in a lack of a managing plan. Consequently they were not able to hire seasonal stuff in order to effectively protect the nesting beaches and monitor maritime space.

Additionally, the inability of the state to provide compensation to land owners inside NMPZ who have been affected by the environmental legislation has led to a constant dispute with the MA of the Park. The outcome of that dispute was the inability to implement protective measures for certain areas. Finally, the illegal operation and the illegal expansion of the oversaturated landfill site (XYTA) since 2006 afflicts the protected habitat on a daily basis and represents a serious threat for human health and sea turtles alike due to possible landslides inside the protected area of NMPZ. 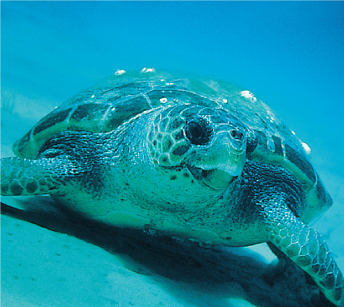 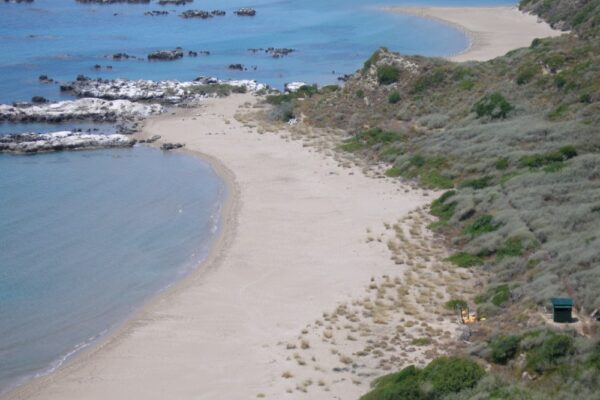 T-PVS/Files(2020)10. Update Report. Follow-up of Recommendation No. 9 (1987) of the standing committee on the protection of Caretta Caretta in Laganas bay, Zakynthos (Greece) 7pp 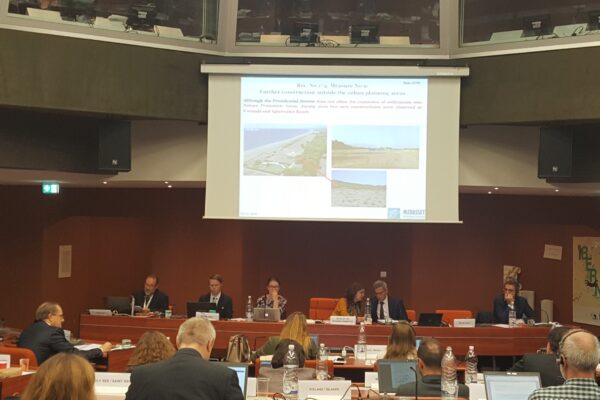 MEDASSET. T-PVS/Files(2019)37. Update Report. Follow-up of Recommendation No. 9 (1987) on the protection of Caretta caretta in Laganas bay, Zakynthos (Greece). 8pp 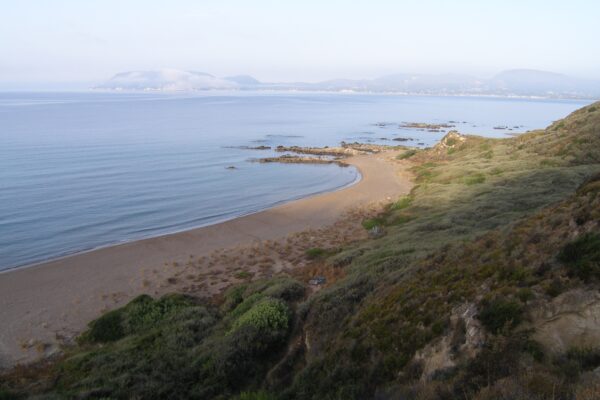 T-PVS/Files (2018) 21. Update Report. Follow-up of Recommendation No. 9 (1987) on the protection of Caretta caretta in Laganas bay, Zakynthos (Greece) 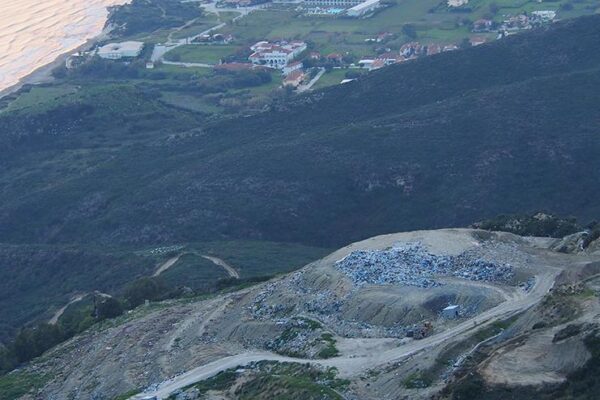 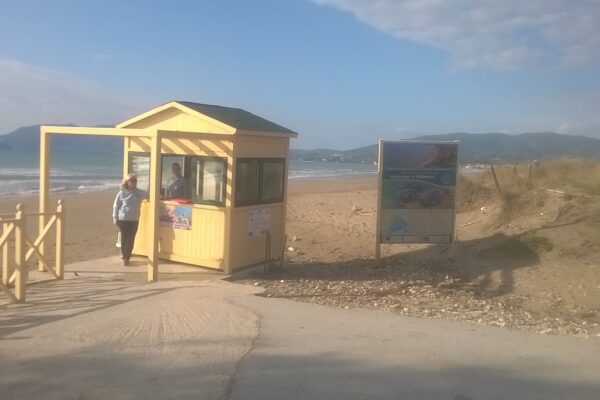 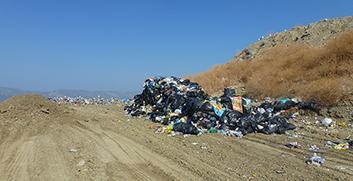 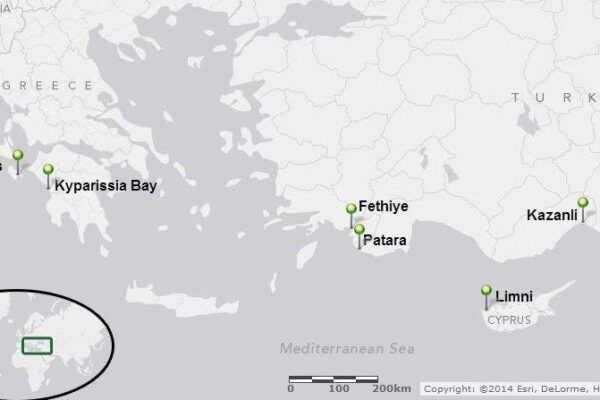 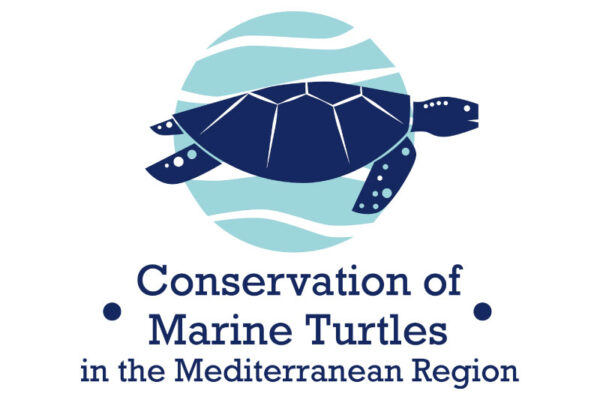