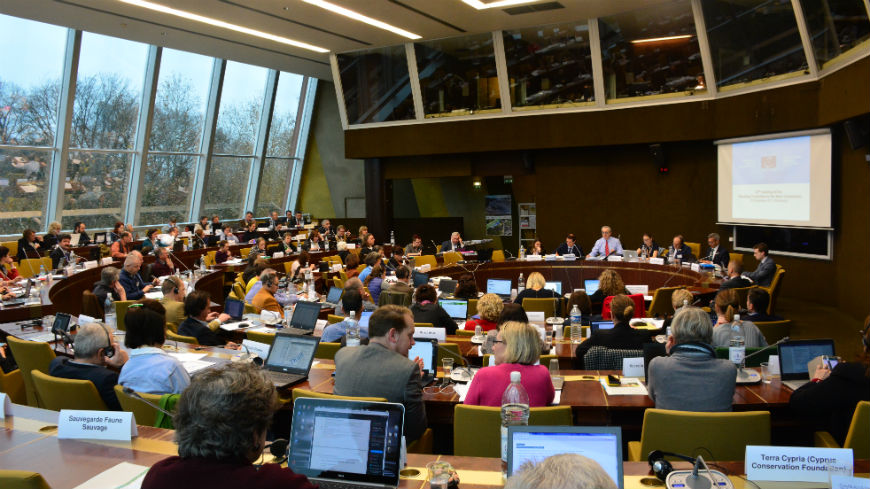 The 39th Standing Committee of the Bern Convention (Council of Europe) on the Conservation of European Wild Life and Natural Habitats  fully supported MEDASSET’s complaints about the inadequate protection of crucially important Sea Turtle Habitats in Greece and Turkey. MEDASSET, a permanent member-observer of the Bern Convention since 1985, filed complaints for some of the most important nesting beach for sea turtles, namely Laganas Bay – Zakynthos and Southern Kyparissia Bay in Greece and Fethiye, Patara, Kazanli and Anamour in Turkey.

With respect to Kyparissia Bay, which hosts one of the largest reproductive populations of Caretta caretta sea turtles across the Mediterranean, MEDASSET’s and ARCHELON’s observers have reported the following violations of the Recommendation No.174 (Dec. 2014): illegal building constructions, continuous planting and farming on the nesting beach and the sand dunes, nearshore fishing, unobstructed vehicles accessing  the nesting beach, light pollution and lack of beach furniture management.

During August 2019, MEDASSET observers conducted an assessment for the protection status of Laganas Bay, Zakynthos. Despite being designated as a National Marine Park 20 years ago, violations are still widely occurring throughout the Bay, which include high levels of unregulated maritime activity and the continual operation of illegal businesses. Furthermore, insufficient funding and lack of wardens has led to the inadequate implementation of protection management regulations.

Based on our presentation, the Standing Committee of the Bern Convention decided the following: a) for Kyparissia Bay, the Committee emphasized the urgency for  the Greek authorities to cooperate with the relevant civil society organisations and provide concrete evidence of a thorough implementation of the Presidential Decree and of the Recommendation No. 174 (2014). The file is kept open. b) for Laganas Bay, the Committee took note of the updated information provided by the Greek authorities as well as the presentation of MEDASSET, which called upon the Standing Committee to reopen the case file due to the continuous and long-term degradation of the area. The Standing Committee decided to consider the possibility of re-opening this case file again, thus bringing it to the agenda of the next Bureau meeting.

Regarding Pathara and Fethiye, two of the main nesting beaches for Caretta caretta sea turtle in Turkey, MEDASSET’s observers reported continuous violations of the Recommendation No 182 and Recommendation No183:  lack of management staff, insufficient nest monitoring, absence of zoning and information signs, open beach access for vehicles, horse-riding, camping, beach litter and derelict facilities on beaches. Thus, the Committee requested again that the Turkish authorities develop and provide a detailed and time bound action plan for complying with the provisions of the above Recommendations. The file is kept open.

Additionally for Kazanli, one of the most important nesting areas for Green turtles (Chelonia mydas) in Turkey, MEDASSET reported a number of violations of the Recommendation No 95 and in particular: coastal erosion, wastewater and toxic waste pollution, coastal litter, sand extraction, light pollution on the rim of the nesting beach, coastal fishing during the nesting season and lack of public awareness. The Green turtle is listed globally as “Endangered” according to the IUCN Red List and this contributed to MEDASSET’s claims. Therefore, the Committee urged the Turkish authorities to implement all conditions of Recommendation No. 95 (2002) and requested an updated report in two years.

Finally, with respect to Anamur, the 2nd highest nesting beach in Turkey, the Standing Committee has adopted specific recommendations since 1998. Unfortunately, on the 31st May 2019, the Municipality of Anamur started the construction of a public beach and picnic area at “Karaağaç”. Habitat alterations to the nesting site involved the extraction of sand from the beach and surrounding sand dunes, with lorries replacing soil to this area, approximately 25m-35m from the shoreline. Trees and grass were then planted in this altered habitat. The Ministries responsible for protecting the nesting area, fined the Municipality and demanded they restore the beach to its natural state by 16th July 2019. This was not enforced and the Ministries took no further action.

MEDASSET’s Director Mr. Georgios Sampson stated “For over thirty years, MEDASSET has as its core mission the protection of the Sea Turtles and their habitats in the Mediteranean. The decisions taken at the 39th meeting of the Standing Committee of the Bern Convention (Council of Europe), as a result of our presentations, is a clear indication that our efforts are recognised and justified. We shall continue on this path.”