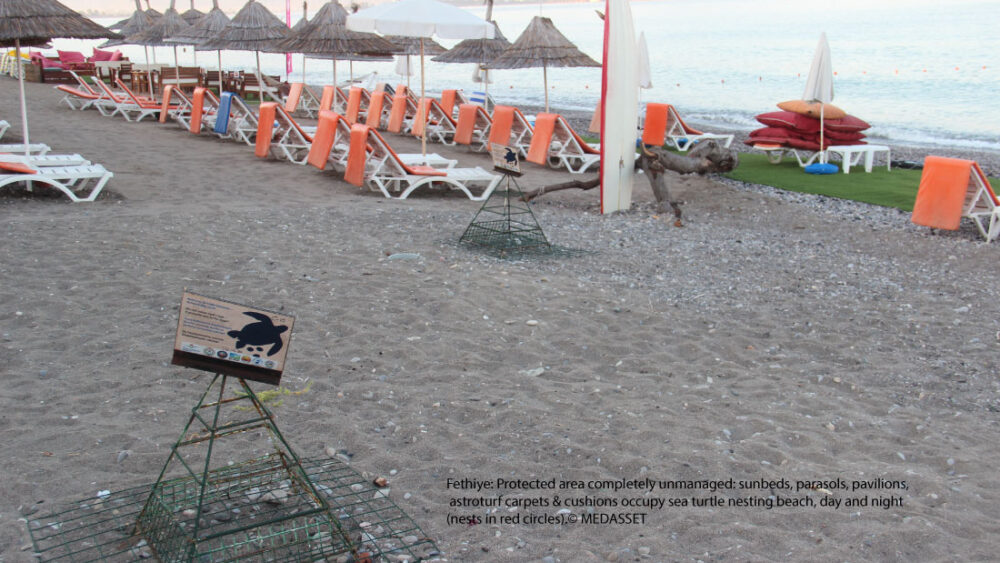 For the 32nd year in succession, MEDASSET participated in the Standing Committee Meeting of the Bern Convention (Council of Europe, 30 Nov. – 4 Dec. 2020). We presented the results of our sea turtle nesting beach surveys, raised our concerns and submitted recommendations. As a result, the Bern Convention Standing Committee adopted important decisions to monitor several sea turtle habitats and urge Governments to improve protection.

MEDASSET has been conducting assessments and campaigning to improve the protection of loggerhead nesting beaches in Patara and Fethiye since 1988.  Both sites are listed as Specially Protected Areas (SPAs) by the Turkish government. We found that, sadly, the majority of the Recommendations adopted by the Bern Convention in 2015 (No. 182 and No. 183) have not been implemented by the authorities. British Chelonia Group, a strong supporter of MEDASSET’s vision, funded our annual surveys in Turkey.

In Fethiye, the conservation status of the nesting beaches has deteriorated: lack of beach furniture management, no zoning and lack of information, no vehicle access control, more fixed structures and planting on the beach, severe light pollution and human presence at night, are among several conservation problems. Habitat destruction continues as businesses expand on the sandy sections of the nesting beaches, further reducing the available nesting zone and increasing disturbances. In complete disregard of the Bern Convention’s Recommendation, more hotels are being constructed behind one of the last remaining pristine beaches. There were no signs of new conservation or management activities. The only exception was litter collection and irregular beach furniture management in 1.5 of 8 km of the nesting beaches. The SPA remains unmanaged and inadequately protected. To date the majority of measures under Recommendation No. 183 (2015) have not been implemented.

In Patara, there was no significant improvement and conservation problems remain: no local management staff on site and insufficient nest monitoring personnel, lack of zoning and of information signs along the largest part of the 12 km beach, increased light pollution,   vehicle access, poor beach furniture management, etc.  There was no evidence of new efforts or conservation activities, with the exception of litter collection and the removal of a beach volley court. Behind the beach and inside Patara’s unique archaeological area, the holiday home construction project continues: over 312 houses will be completed next summer, likely increasing the summer population by at least 120%. Through our campaign we are urging authorities to adequately protect the habitat from human disturbances, which are expected to increase manyfold due to the much higher number of residents and visitors on the nesting beach.

Standing Committee Decision: “The Committee urged the Turkish authorities to reconsider developments and reiterated the Bureau’s remark that any such developments must be subject to a comprehensive and transparent Environmental Impact Assessment. It requested more information from the authorities on these projects, and any other planned developments which could affect the nesting beaches. The Committee also urged the authorities to elaborate and implement management plans for the land and marine areas, in order to ensure better protection and to continue implementing all other provisions of Recommendations 182 and 183 (2015). It asked for an updated report from the authorities for its next Spring Bureau meeting, including the above-requested information, as well as a plan for the Summer 2021 nesting season mitigation measures. The file remains open.”

[1] Sporadic green turtle (C.mydas) nesting has been recorded at both site 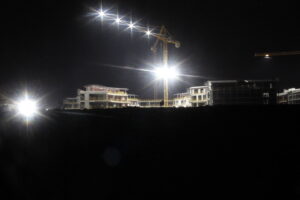 Anamur beach is the 2nd most important Caretta caretta nesting site in Turkey and 4th in the Mediterranean region, and is protected by national and international law. The 1998 Recommendation adopted by the Standing Committee stressed the need for Environmental Impact Assessments and inter-ministerial compliance, as well as urgent and stringent measures to enforce legislation against illegal sand extraction and coastal development.

In May 2019, the local Municipality began the construction of a ‘public beach & picnic area’ at Anamur’s “Karaağaç” section, without carrying out an Environmental Impact Assessment and without obtaining permission by the competent authorities.  The construction completely altered the natural landscape of the beach and neighbouring creek, with heavy machinery extracting sand from the beach and dune system, depositing soil over the beach and introducing alien species, with imported trees and grass onto the soil covered area. The newly transformed artificial landscape was watered by a sprinkler system and by fire trucks pumping water, which caused runoff of soil and water onto the remaining adjacent nesting beach. The responsible Ministries fined the Municipality and ordered the restoration of the beach by July 2019. To date no restoration has occurred and the Municipality has initiated a second ‘Beach Arrangement Project’ in Anamur, approximately 20 times larger than at “Karaağaç”. The construction of the recreational facilities will again completely alter the natural landscape, attract large numbers of visitors and cause light and noise pollution, severely hindering sea turtle nesting.

There has been considerable local action against the devastating construction project. MERÇED raised the alarm and took direct action at the local and national level, and is collaborating with MEDASSET to bring further attention to the case. A complaint was submitted to the Bern Convention in 2019 together with a list of recommended actions to ensure the adequate protection of the site.

Standing Committee Decision: “The Committee agreed to maintain the file as possible and urged the national authorities to halt any current or future development works of the local Municipality on the fragile nesting habitat and encouraged them to continue discussions with the Municipality on alternative project and to involve local environmental NGOs in any decision-making. The Committee encouraged the authorities to enforce the already existing legislation, in order to address existing and prevent any possible future conservation problems. The Committee requested that both Parties report on progress at the Spring Bureau meeting.” 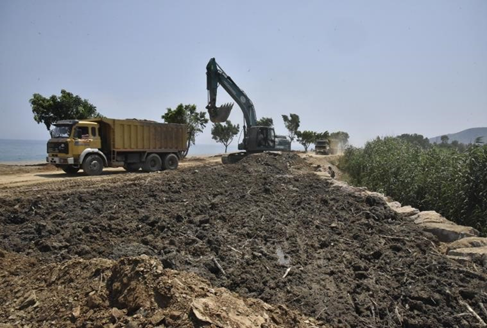 Kyparissia Bay hosts the largest reproductive loggerhead turtle population across the Mediterranean.  Although the nesting beaches belong to an EU NATURA 2000 site, the Greek government has failed to introduce and enforce the necessary conservation and management measures, six years after the Bern Convention Recommendation (Dec. 2014) and four years after the condemning Judgment of the European Court of Justice (Nov. 2016). Although the Greek Government adopted a Presidential Decree in October 2018 affording legal protection to the site, little progress was made to implement the Bern Convention Recommendation. Enforcement of the Decree is non-existent and we strongly reiterate the urgent need for the implementation of a Management Plan, as the Decree does not address several major issues. At the 2020 Bern Convention Standing Committee meeting, MEDASSET in collaboration with ARCHELON presented the continued degradation of the site and its inadequate management during summer 2020.

Threats recorded included ongoing construction of illegal buildings along the coastline, continued planting and farming of alien species on the nesting beaches and dunes, nearshore fishing, unimpeded vehicular access to the nesting beaches, lack of beach furniture management, and light pollution. Moreover, contracts recently signed for the exploration and extraction of hydrocarbons in the marine areas adjacent to the protected areas now constitute a significant additional threat.

Standing Committee Decision:“The Committee urged the Greek authorities to cooperate with the relevant civil society organisations, and to respond to the complainant’s concerns. It reiterated the complainant’s calls to enforce the Presidential Decree, adopt a Management Plan and impose penalties on illegal activities. Awareness-raising activities should also be an important tool to educate the local population on the need to preserve the vulnerable marine turtle nesting habitats. Due to the lack of a governmental report in 2020, the authorities were requested to report for the Spring Bureau meeting. Both Parties would also be requested to report for the Autumn Bureau meeting before reconsideration at the 41st Standing Committee. The file is kept open”

Sand extraction at Kalo Nero in preparations of a new ‘beach bar’. The nesting beach was ‘flattened’ with heavy machinery in July 2020 during the peak season of nesting activity ©MEDASSET

Laganas Bay hosts one of the most important nesting areas for Caretta caretta in Greece and the Mediterranean. The case was first brought to the Bern Convention by MEDASSET in 1984, and as a result, the Standing Committee issued Recommendation No.9 in 1987, to ensure the site’s protection.  Over thirty years after, sea turtles and their habitats in Laganas Bay are under immense stress. Despite the site’s designation as a National Marine Park under a Presidential Decree in 1999, the Greek government has failed to provide adequate protection. Threats include illegal buildings, nearshore fishing, unimpeded vehicular access to the nesting beaches, lack of beach furniture management, and light pollution. Hence, the continual lack of compliance, in combination with no enforcement of fines and of demolition orders, signals tolerance of incompliance and provides no deterrence for illegal activities (constructions, fishing). In particular, illegal businesses at Daphni nesting beach cause extreme pressure from tourism activities both on the nesting beaches and in the marine area. MEDASSET presented its annual assessment to the Standing Committee and called upon the Greek government to urgently increase efforts for the adequate protection of Laganas Bay and urged the Standing Committee to re-open the case file. 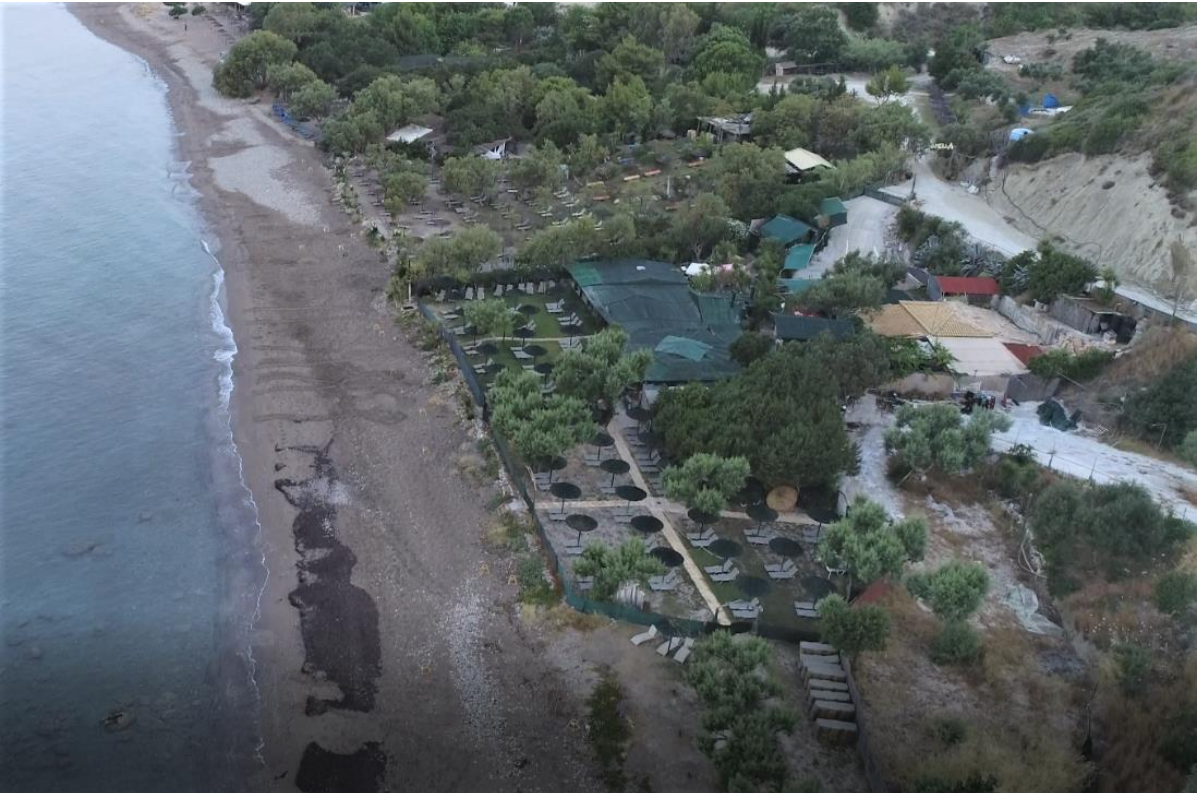 Conservation problems at nesting sites in Akamas and Limni were brought to the attention of the Bern Convention in 1996 by MEDASSET on behalf of NGO Terra Cypria and a case file has remained open since 1997, making it one of the longest-standing cases of the Bern Convention.  Terra Cypria provided evidence that implementation of the Convention’s 2016 Recommendation is still outstanding, no legally binding management plans and no effective protection measures are yet in place. Illegal restaurants continue to operate on and next to the nesting beaches in Akamas and a massive golf resort has been approved directly behind the important nesting beach in Limni.  MEDASSET supported Terra Cypria’s calls for urgent action by authorities to ensure enforcement of management measures on all nesting beaches.

Decision: “The Committee urged the Cypriot authorities to step up efforts to implement all points of the Recommendation. In particular, the authorities were encouraged to cooperate with the complainant and other civil society and to undertake the recommendations mentioned in the complainant report, including providing an area of at least 475m from the shore free of all development at Limni Beach and establishing and enforcing Management Plans and Conservation Decrees for both Akamas and Limni. The file remains open.”