Sea turtles are ancient mariners that have inhabited our planet for over 100 million years. Sea turtles are air-breathing, egg laying reptiles with a long life span (they may live longer than 100 years). They are highly migratory species that spend almost all of their lives at sea. Only female adults come ashore to nest in the sand.

It is estimated the only 1 in a 1.000 hatchlings will survive to adulthood!

As listed on the IUCN Red List of Threatened Species the Global population of loggerhead turtles is classified as vulnerable[1]iucnredlist.org and the Mediterranean sub-population as Least Concern, with the condition that conservation efforts are maintained. Mediterranean Green turtles are ranked as part of the global classification as Endangered[2]iucnredlist.org, and the Leatherback turtle as globally Vulnerable[3]iucnredlist.org.

Although sea turtles face natural threats ( e.g. natural predators), it is human activities that pose the greatest threats to their survival.

Loggerhead turtles can be found throughout the entire Mediterranean region. They mainly nest in Greece, Turkey, Libya and Cyprus, and also in smaller numbers in Egypt, Lebanon, Israel, Syria, Tunisia and Italy[4]Casale et al. 2018, Mediterranean Sea Turtles: current knowledge and priorities for conservation and research.  In recent years, sporadic nesting has been recorded in the western Mediterranean (e.g Spain). Important feeding, development and overwintering areas have been identified (e.g. Gulf of Gabes, Adriatic Sea, Bardawil lagoon, etc), however further research is needed.

Loggerhead turtles reach sexual maturity between 16 to 28 [5]Casale et al. 2011, Estimation of age at maturity of loggerhead sea turtles Caretta caretta in the Mediterranean using lenght-frequency data years and mate every two to three years in coastal waters. They then return to nest on the very same beach where they were hatched, called the “natal beach”. The sex of hatchlings is determined by the temperature of the sand (nest incubation temperature). Warmer temperatures result in a higher percentage of females and cooler temperatures in a higher percentage of males. Once a certain temperature is reached, at either scale, nests can produce solely females or solely males[6]MTSG Regional Report 2018.

The green sea turtle is one of the largest sea turtles and primarily has a herbivorous diet, consisting of seagrass and seaweeds. Named after the green colour of the fat under its shell, adults are between   83 -114 cm in carapace length and can weigh between 110 – 190 kg. Green turtles can be easily distinguished from loggerhead turtles by the single pair of prefrontal scales (scales in front of its eyes), rather than two pairs as found on the Loggerhead[7]MTSG Regional Report 2018 as above..

Its range extends throughout tropical and sub-tropical seas around the world. In the Mediterranean green turtles are mainly found across the warmer eastern region, namely the Levantine basin (Turkey, Syria, Cyprus, Lebanon, Israel and Egypt), but are also known to have juvenile developmental grounds in marine habitats of Greece and Albania [8]www.archelon.gr, https://www.archelon.gr/contents/ournews.php?mid=6&nid=1062 . 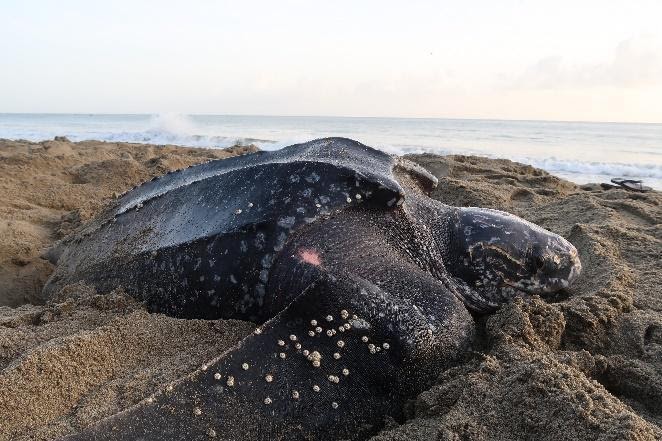 The Leatherback sea turtle is the largest of all living turtles and one of the biggest reptiles on earth.  It is the only sea turtle to have a leather-like soft carapace, consisting of skin and oily fresh, which provides the origin of its name.

Leatherback turtles encountered in the Mediterranean originate from across the Atlantic Ocean. Leatherback encounters are reported in almost every Mediterranean country. They constitute a rare, but regular visitor to the region, where they enter presumably in search of food.

The leatherback turtle ranges in size between 130 – 183 cm and weighs between 300 – 500 kg (approx.). Currently there are no records of Leatherback turtles nesting within the Mediterranean.

Plastic and other marine debris: Marine pollution, mainly from plastic, can have harmful impacts to sea turtles and the food they eat. Plastic bags look very similar to jelly fish and fishing nets often look like seaweed. It looks the same, it smells the same, so why not eat it?
Ghost nets are fishing nets abandoned or lost in the sea. Just because fishers no longer use a net this does not mean it stops working. These nets continue to trap everything in their path. Sea turtles and other marine species can be attracted to prey caught in the net and/ or get entangled in ghost nets, which can cause serious injury and death.
Climate change: Sea turtles have survived and adapted too many climatic changes during their existence. Now climate change is occurring at an alarming rate, faster than previous events and with the extra pressures exerted from human activities (the above), it is unknown how sea turtles will adapt.

The above is by no means an  exhaustive list of all threats that sea turtles encounter. It is an indicative list of main threats.  For further information please contact: [email protected]

Learn everything about sea turtles through our infographic. Available in hardcopy. 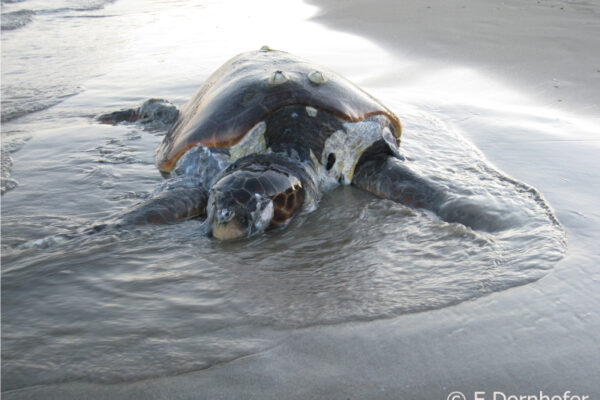 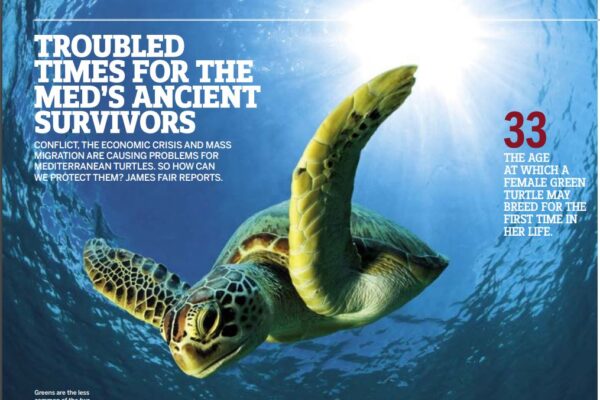 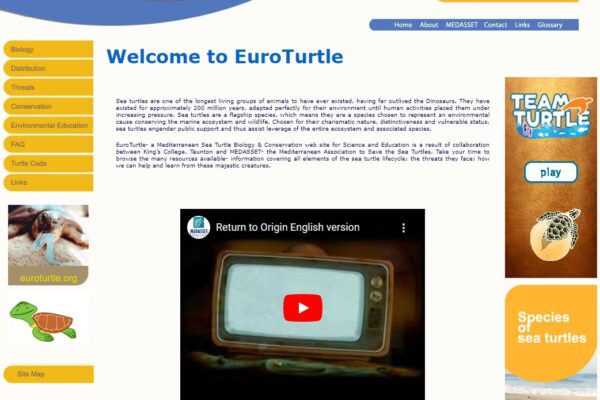