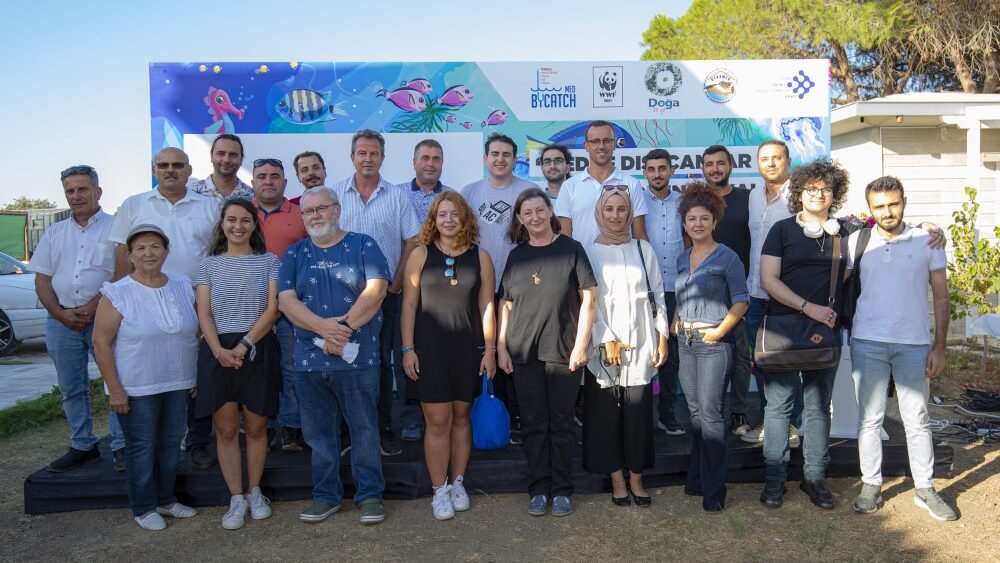 Bycatch of vulnerable species in fishing gear is a key conservation issue in the Mediterranean Sea. Reducing bycatch to sustainable levels is essential for marine biodiversity conservation and this can be achieved only with the collaboration of the fishing community. Actively involving fishers and the fishing industry in bycatch mitigation is the only way to go.

This was the goal of the “Smart Gear Competition” that took place in Turkey in the context of the MedBycatch project. Members of the fishing community were asked to create a tool that would reduce bycatch of vulnerable species (like sea turtles, sharks and rays, marine mammals, sea birds and corals and sponges) or modify an existing gear. The gear with best results on bycatch mitigation would win a monetary prize.  The competition was organised by WWF Turkey, with the collaboration of all turkish project partners, DEKAMER, Doga Dernegi TUDAV as well as MEDASSET’s, which is coordinating the MedBycatch project in Turkey,

The fishers showed great interest in the competition and the Head of Fisher’s Cooperatives Union attended the award ceremony, that took place on September 10th in İzmir/Sıgaci. State officials also attended the ceremony, as well as fisheries experts, jury members and of course, MedBycatch project local partners. Mr. Oben Tural Orhan was the winner of the grand prize with a fishing net modification that reduces bycatch of cartilaginous fish.