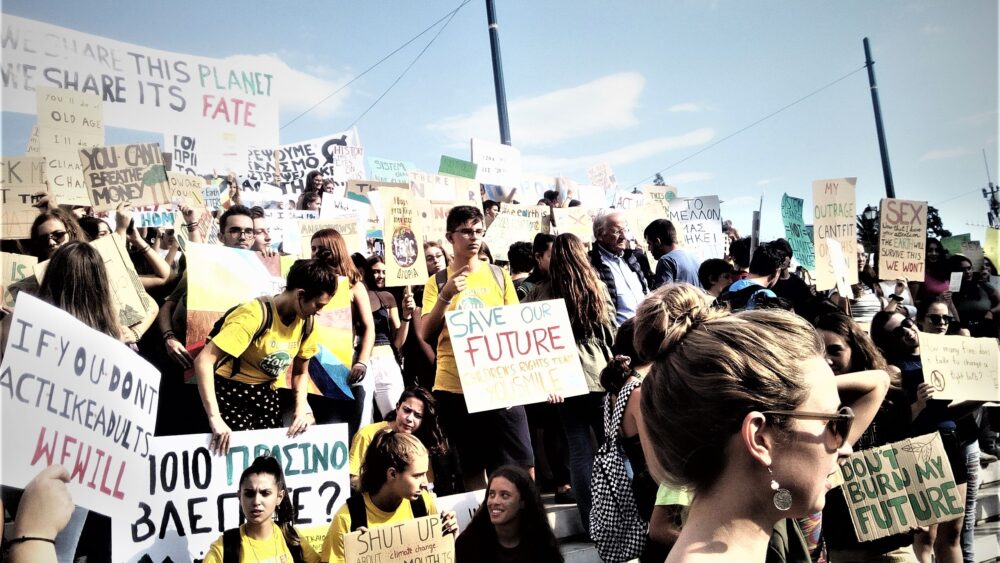 Thousands of people at the Climate Strike organised by the students!

The Climate Strike that was organised by the students Fridays for Future Greece motivated thousands of people of all ages that joined the protest on Friday 27 Sep at Syntagma Sq. 35 organisations from the Greek “Climate Alliance” supported the Strike. MEDASSET, a member of the “Climate Alliance” was  there supporting the students.

With slogans such as “There is no Planet B” , “Save our Planet”, “The Earth is not dying it’s being killed” thousands of students and citizens protested about the Climate change in Athens and several cities throughout Greece ( Thessaloniki, Volos, Chania, Patra e.t.c).  Students and citizens are requesting for effective measures to reverse Global Climate warming.