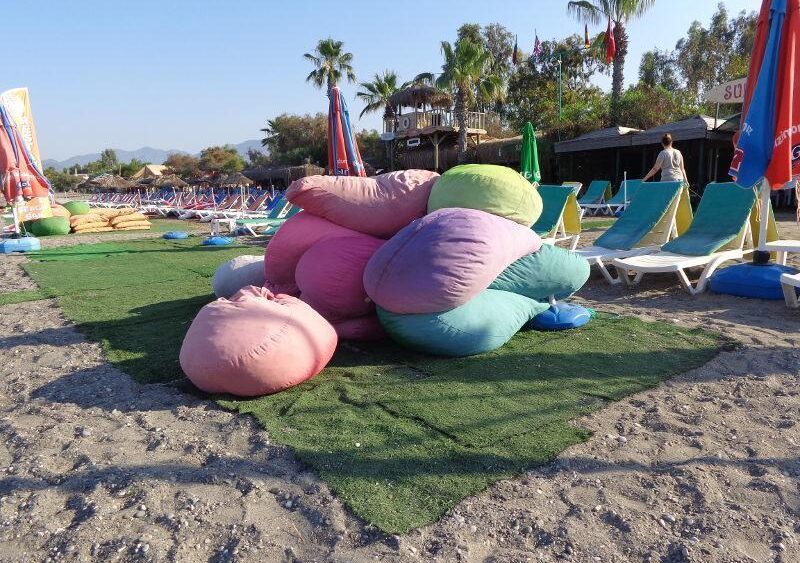 Our campaigns to improve the protection of loggerhead* nesting beaches in Patara (launched in 1988) and to halt severe degradation in Fethiye (launched in 2009), both listed as protected areas under the Barcelona Convention, continued in 2016. We assessed the sites in July and submitted our reports to the Bern Convention. Sadly, the majority of the actions recommended by the Bern Convention in December 2015 have not so far been implemented by the Turkish authorities.

In Fethiye, there was no improvement in the protection and management of the site, except from for the appearance of a few new signs and some litter collection efforts. The habitat has been severely degraded over the years by unsustainable development. Once more, we documented beach furniture and fixed structures inside the nesting zone, lack of sunbed collection at night on 6.5 of the 8 km nesting beaches, light pollution, uncontrolled visitor and vehicle access, and several other disturbances to sea turtles, hatchlings and nests. In addition to these pressures, damage to and reduction of the available nesting habitat continues due to poorly managed coastal development.

In Patara, we recorded several conservation problems such as a complete lack of guarding, nearshore fishing, uncontrolled vehicle access on the beaches, sunbeds obstructing nesting at night, and lack of zoning and information signs along the largest part of the 12 km beach. Patara’s dunes are among the largest and most spectacular remaining dunes in Turkey; however, the abandoned facilities of an illegal beach bar have not yet been removed from the dune. Behind the beach and inside Patara’s unique archaeological area, the holiday home construction project continues: in addition to the 27 houses inhabited in 2015, a total of 255 buildings in different stages of construction were counted. Through our campaign we are urging authorities to adequately protect the habitat from human disturbances which are expected to increase many fold due to the much higher number of residents and visitors.