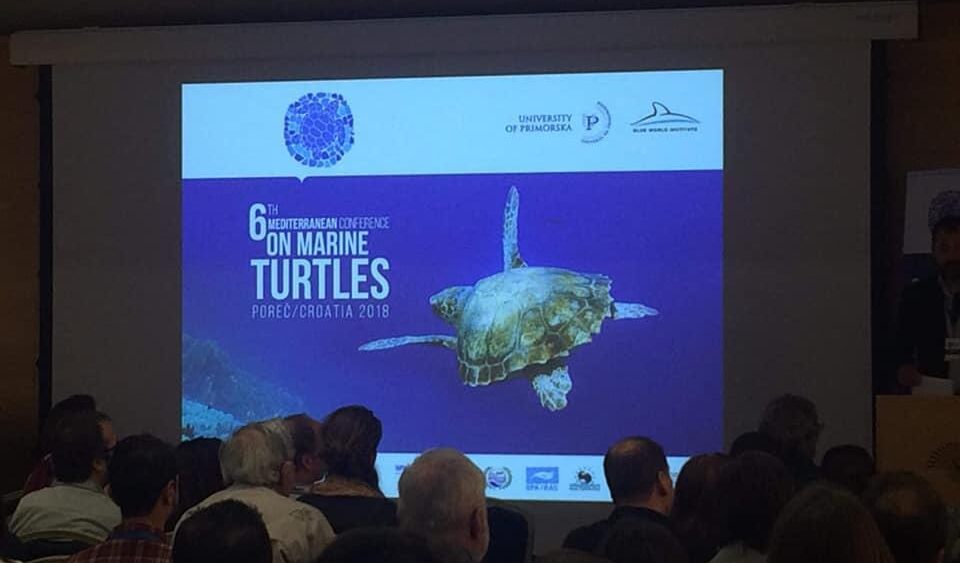 As MEDASSET celebrates its 30th anniversary in 2018, our Founder and President, Lily Venizelos, sent a warm and powerful video message to the attendees of the 6th Mediterranean Conference on Marine Turtles organised between October 16-18, in Poreč, Croatia.

Besides Lily’s inspirational speech, our team presented MEDASSET’s work to an audience of researchers, scientists, students and conservationists who were all there to exchange data, best practices and methodologies during the 3-day Conference. Specifically, we had the opportunity to make an oral presentation about past awareness raising efforts, contributed in workshops about drone technology and tackling illegal trade in Egypt, as well as displayed 5 posters on activities we are currently involved in:

-the European funded MEDSEALITTER which uses dead turtles for bio-indicators to monitor marine litter
–Alliance for Survival and M4 Bycatch, 2 programmes that center around the incidental catch of sea turtles and other species
–Μ7 Conservation of the Marine Turtles in the Mediterranean Region which focuses on the problem of illegal trade and consumption of the species and
–Sea Turtle Rescue Map, the first open tool with information about sea turtle rehabilitation facilities in the Mediterranean.

Τhe 7th Mediterranean Conference on Marine Turtles will be held in Morocco in 3 years. We look forward to seeing everyone again!