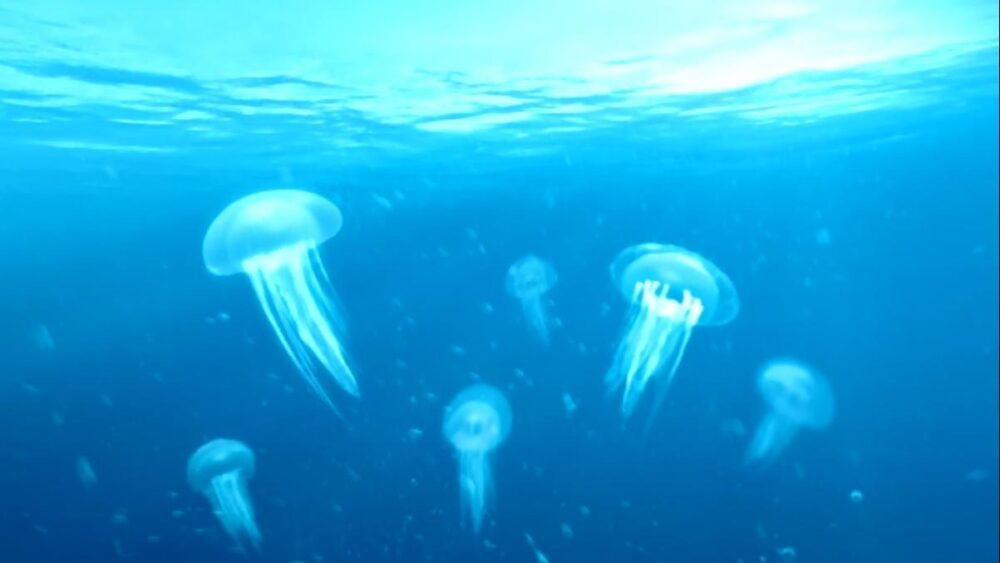 What on Earth is the connection between NASA and plastic bags?

Researchers at NASA wanted to find out whether they could use the scientific data-collection buoys that have been released into the world’s oceans over a 35-year period to create images of the “Great Garbage Patches” that form as a result of oceanic currents.

Although there appear to be seasonal changes in the tracks of the buoys, the general pattern shows that they move about until they become incorporated into the great garbage gyres.

Sea turtles make use of the same ocean currents that create the gyres to help them on their long journeys and they, too, inevitably end up surrounded by garbage!

In a 30-second video created by the Discovery Channel, NASA’s images are shown alongside clips from MEDASSET’s animation, “You See the Difference. A Turtle Does Not”. The video highlights the efforts now being made globally to ban the use of plastic bags.

According to a European Directive, Member States have to ensure that by the end of 2019 no more than 90 such bags will be used per person annually, while by the end of 2025 that number must be further reduced to 40. Use of plastic bags in Greece today has reached 350 per person per year, compared with 2010 when we were using 269.