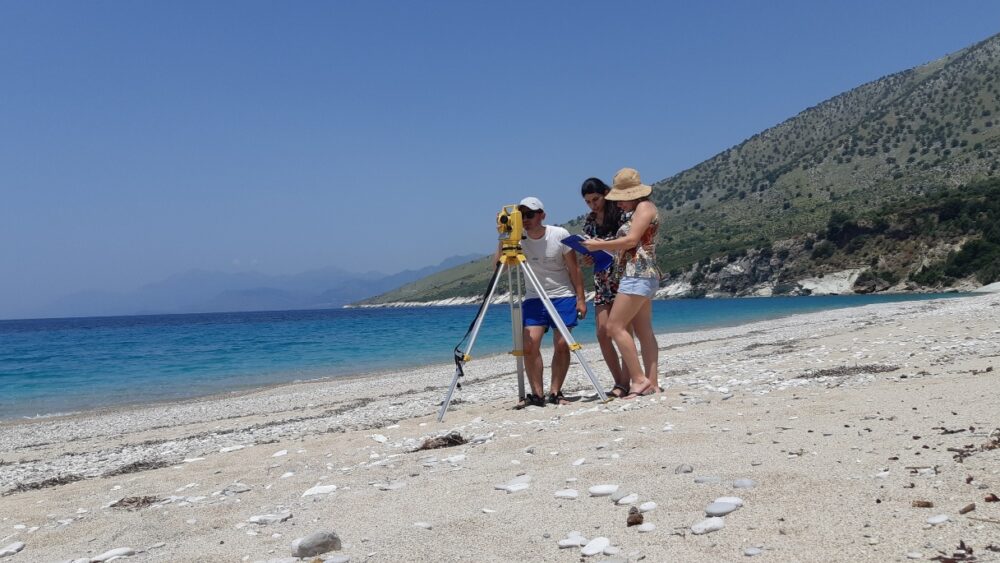 World Sea Turtle Day is celebrated on 16 June every year to highlight the importance of protecting marine turtles – an endangered species that has lived on Earth since the time of the dinosaurs. In Albania, a research team led by Dr. Enerit Sacdanaku has just launched the second year of exploration of the country’s sandy coast in order to discover which beaches are suitable for sea turtle nesting.

The Albanian researchers are using a drone together with traditional methods to collect data that will help reveal which beaches provide the necessary conditions for sea turtle nesting. At the same time, Dr. Sacdanaku and his team are monitoring for signs of nesting activity and are informing the public. The research project, which is in its second year, is the first of its kind in Albania. The project is being implemented by MEDASSET in close collaboration with Albania’s Regional Agencies for Protected Areas and is part of a larger Mediterranean marine turtle conservation project that is funded by the MAVA Foundation.

Each summer sea turtles lay their eggs on sandy beaches in the east and south Mediterranean (Greece, Turkey, Cyprus, etc). In the past years, a small number of sea turtle nests have been found in locations where nesting did not usually occur. This is of high scientific and conservation interest as sea turtles are  highly migratory species and they may be responding to climatic changes by using new habitats to nest, feed and overwinter. The first ever nest in Albania was officially confirmed during the project in 2018, though important sea turtle populations are known to use Albania’s coastal waters to feed and overwinter.

Three of the seven species of sea turtles are found in the Mediterranean. The loggerhead (Caretta caretta) and green turtles (Chelonia mydas) nest here, and the huge leatherback (Dermochelys coriacea) is an occasional visitor. All species are included in the IUCN Red list of threatened species. Sea turtles are cold-blooded, air breathing, egg laying reptiles that spend their mysterious lives at sea but return each summer to the same area they were born to deposit their eggs in the sand. They take 20-30 years to mature and may live up to 100 years. Despite having travelled the world’s seas since the age of the Dinosaurs, their survival is threatened due to coastal development, pollution, collision with vessels, fisheries and climate change.